Trojans from “The Last Frontier”

At EvCC, the basketball programs have a unique recruiting strategy and it involves putting Trojan jerseys on players from the state of Alaska.

Jessalyn Reiter, a native of Delta Junction, Alaska, is a sophomore on the EvCC Women’s Basketball team. Her alma mater, Delta High School, lies 2,112 miles away from EvCC.

As a high schooler, Reiter played basketball for her father, Bruce Reiter, a coach for both the boy’s and girl’s basketball teams at Delta Junction High School. “It was really cool. I was always on the same page with him,” said Reiter when asked about having her dad as a coach.

Reiter attempted to join the basketball team at The University of Alaska Fairbanks, but ended up accepting an offer from EvCC after, “That didn’t work out so well.”

“Chet called me and was like, ‘Hey, you want to come play basketball here?’” said Reiter.

Reiter’s decision to come to EvCC stemmed from her desire to continue playing the game of basketball after high school.

“I love to play basketball,” said Reiter with a smile.

When asked about his experience playing basketball in Alaska, Fitt said, “I’d say it was a lot like here. The schools are a lot smaller.”

Fitt’s recruitment came from a showcase camp he attended in Alaska after his senior year of high school. When discussing the camp, Fitt talked about a dunk contest he participated in.

“It was me and six people,” said Fitt.  “I went first and then it came down to me and a kid named Bentu. He jumped over one kid and then I jumped over two kids to win it in sudden death.”

“I got invited to a showcase to come watch a bunch of kids who wanted to showcase their talents in front of coaches,” said Trautman.  “So I went up there and Garrett was one of 130-something players that I saw in that combine.”

Fitt’s decision to come to Everett had to do with both the school and his potential coach. “I just really liked the school and the facility and Traut seemed like a good coach and a nice guy,” said Fitt.

Trautman attributed the recruiting of Alaskan players to the state’s complete lack of community colleges. “All kids that play high school sports up there either play at the division one or the division two level, or not at all,” said Trautman.

Trautman plans to make the trip to Alaska again to recruit more players for next year.

“Kids like Garrett, who didn’t have an opportunity to play at a big school, got a chance to play at Everett Community College because of that trip,” said Trautman. 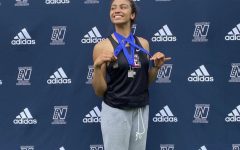 Alumni Update: A Check in with Former EvCC Track Athletes 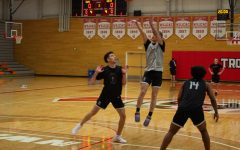 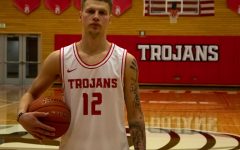 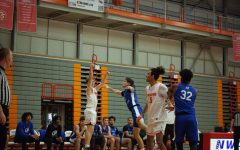