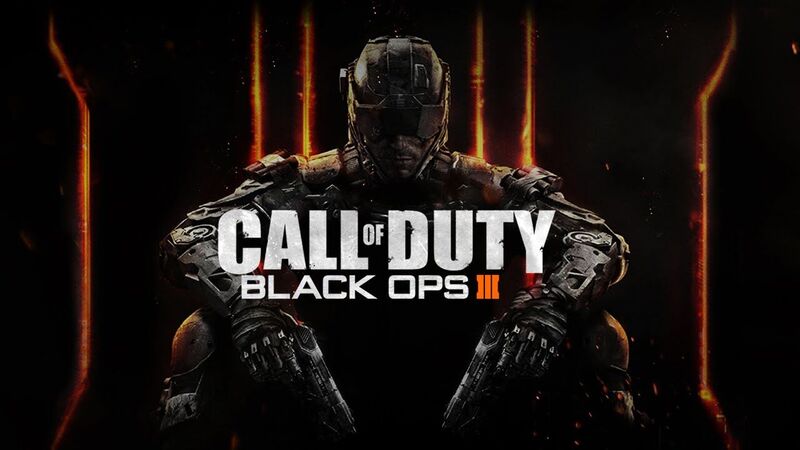 (Photo Courtesy of Treyarch and Activision)

Photo Courtesy of Treyarch and Activision

Moans of the undead echo in the distance. Yellow eyes pierce the dense fog in a hellish world where only the strong survive.”

The reason school, work, chores and sleep are neglected year-round. The Bully. Like it or not,  “Call of Duty” is back, right on its yearly schedule with the release of Treyarch’s third installment of “Black Ops,” and at somewhat uncertain times for the prolific franchise. A once respected gaming giant now receives a multitude of criticism via its massive community of followers for lack of innovation and high frequency of release, yet the train keeps rollin’ year after year.

“Black Ops 3” brings back the core three modes in campaign, multiplayer and zombies as well as a sub-campaign, pseudoscience mode in nightmares.

“Black Ops 3’s” campaign is best described as a poor attempt at an Inception, Terminator collaboration. The story picks up in 2065, 40 years after the events of “Black Ops 2’s” campaign, in a severely erratic global climate where new technological advances have taken form in super-soldier technology. Several vigilante military groups have taken advantage of the globe’s delicate economic and governmental state, gaining sufficient influence, most notably the 54 Immortals in Singapore.

For the duration of the campaign, the player follows a group of black ops soldiers who continuously attempt to halt a virus that has invaded nearly all of the microchips placed in these “super-soldiers” which allows them to mentally control various weapons and communicate with each other. Throughout the campaign, this bizarre, dream-sequence fighting within the micro-chip virus becomes increasingly confusing and frequently difficult.

After spending two hours of fighting in somebody’s f-ed up dream sequence, expect the next three missions ensuing to entail cookie-cutter kill and advance tactics that not only mirror several past campaigns, but become severely predictable even when unpredictability is the mission’s objective.

Cut scenes were also painfully overused, especially during the highest-octane segments. Given, the sci-fi twist to an otherwise modern-esc warfare campaign genre is somewhat refreshing. Overall, the Black Ops 3 campaign bravely attempted to further the technological era past human-capability but failed miserably which unfortunately tarnishes a rather enjoyable “Black Ops” era narration.

The new game mode “Nightmares” makes a brief appearance in the CoD universe in which dream-sequence fighting is continued in a slight continuation of the campaign except demigods are included in the explanation of the microchip virus. A bizarre game mode add to say the least but if you are a fan of the campaign than you may enjoy nightmares. Otherwise, don’t even bother.

Explosions in the distance. The screeching voices of pre-pubescent teenagers invades  it’s pre-game lobbies. The scent of strong body odor and stale hot pockets lurks in the air. Ahhhh we’re talking about multiplayer. “Black Ops 3” multiplayer brings back a stellar, classic hit-detection, a new weapon customization system as well as a plethora of fairly linear, favorability designed  maps including the third (and hopefully last) installment of the uncomfortably cramped Nuketown.

The “Specialists” character system is also introduced, where the player is allowed to choose between  9 soldiers who each have a unique ability or specialized gun to boost in-game performance. Yet, after the initial excitement of a more-favorably designed game, the ever-so noticeable flaws begin to lurk.

The overall gun selection is discernibly limited than that of its predecessors. Against the demands of many, exo-suits are back but are surprisingly bottle-necked so their usage is much less annoying and more beneficial when  maneuvering re-designed, exo-friendly maps. Supply drops also make an unwanted re-appearance as an in-game, token earning reward but have also been re-tooled to benefit the community by removing the hideous micro-transaction option temporarily.

The general leveling up system remains unchanged, as well as the Black Ops patented emblem creation tool. Besides a few minor changes here and there, some re-skinning and map and gun design “Black Ops 3” multiplayer does just enough to keep a casual CoD player intrigued for a few months, but again lacks the proper innovation to really move the series forward into uncharted territory. If you’re looking to waste 8-hours on a Friday night with a couple of your friends,without passing serious judgment on the product, “Black Ops 3” multiplayer may be right for you. Otherwise, save your energy and continue marching to the “CoD is dead”  beat because there is no true innovation worth lavishing over.

Moans of the undead echo in the distance. Yellow eyes pierce the dense fog in a hellish world where only the strong survive. Finally, the change worth bragging about in Black Ops 3’s cult-favorite Zombies mode.

Black Ops 3 zombies amps up the undead nightmare with the addition of four new characters in Jessica Rose, Jack Vincent, Floyd Campbell and Nero Blackstone in a fictional 1942 Morg City. Each character has performed heinous deeds in their pasts and are forced to redeem themselves within the demonic perimeters of Morg City under the guidance of  a mysterious voice only known as “The Shadowman”.

Surprisingly, an already relatively evil game mode can become more evil. The newly added “mark of the beast” on each character allows them to temporarily turn into, well a beast to complete tasks on the map. Satanic ritual sacrifices are also common within the terrifying map in which demons are summoned and portals to the underworld are key to success in achieving perks and bonus items including Gobblegums and the freezing power of the new perk “Widows Wine”.

A new XP, ranking up system also allows the player to progress similarly to multiplayer and unlock new items and perks. Black Ops 3 zombies does offer a very unpleasant, hellish environment that may be a turn-off to some but overall provides a very unique, 1940’s New York-esc zombies experience to new and experienced zombie players alike.

“Black Ops 3″doesn’t undertake anything that’s detrimental to the series, yet, it still lacks the proper progression needed to keep Call of Duty relevant. “Black Ops 3″is entertaining enough to buy but don’t expect a masterpiece with a receipt. 6.5/10.