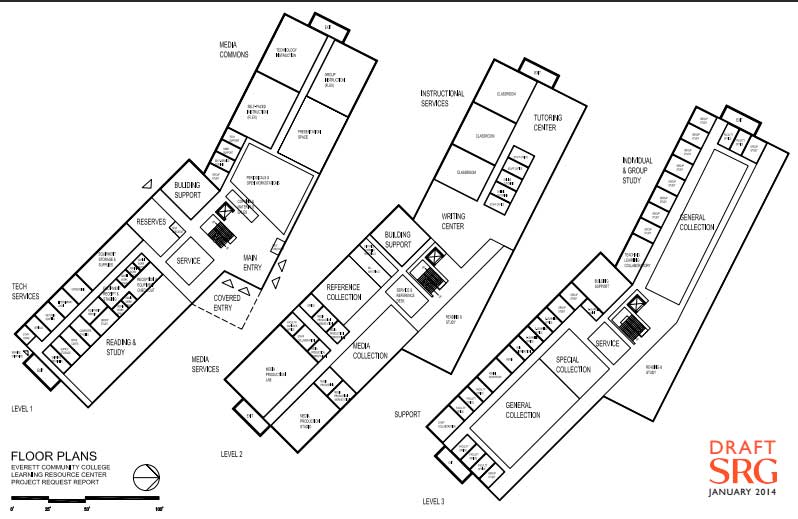 Inner workings of the Learning Resource Center, as presented in the January 2014 draft. // courtesy of Heather Jean Uhl

Don’t get too comfortable with the college’s student resources. While they won’t be disappearing, discussions have been going on in college leadership. These discussions revolve around a new option for the location of a proposed Learning Resource Center (LRC). And that location has some faculty members and students concerned.
The LRC itself would house everything from the library to the writing center, as well as the math tutoring center and eLearning facilities. For a period of time, both students and faculty have been under the impression that the former site of Index Hall would be the home to the new LRC, as spelled out in the current Master Plan which was approved by the Board of Trustees. However, some have heard talk that makes them believe otherwise.
A handful of EvCC faculty have picked up on a discussion regarding moving the LRC across Broadway. This plan would move it closer to the new AMTEC building and a proposed area where Washington State University is looking to call home. It would also be decentralized comparative to the Index Hall location. Dorms would instead take root at the former Index location. While this plan isn’t set in stone, there have been architectural plans mapped out which display the basic principal behind this proposed idea. While the current plan, as per the Master Plan, is still to build where Index Hall was, the fact that it was brought up at all raises questions for some.
Jeanne Leader, Dean of Arts and Learning Resources at EvCC, is very passionate about the LRC. Once a librarian herself, she places heavy emphasis on conveniently accessible resources for students to not only succeed but express their creativity.
Some apprehensions Leader has are students having trouble using the resources located within the LRC if it’s all the way across Broadway. While it may not seem that far, if a student needs to check out a book quickly or meet up with a friend between classes that bump up against each other, the jaunt might not seem worth it. “Whoever’s closest will use it most,” she noted.
According to Leader, no formal meetings have been held between President Beyer and the college’s deans.
Not alone in her concerns, other faculty have been expressing their opinions on the issue.
“It’s really disturbing and disheartening,” said Heather Jean Uhl, Public Service Librarian, “to see such an important location that will house so many key services for so many aspects of our community moved completely away from main campus, and for there to not be any kind of open forum (about that decision).”
After three years of EvCC experience it’s evident to Uhl that students are not one-size fits-all creatures; they’re eclectic.
“The way people are using the library is changing,” she said, noting that depending on one’s schedule a person may only have about an hour to use the resources available in the library.
Logistically, for students already burdened not only with schoolwork but also with other non-academic issues, a 30-minute round trip doesn’t seem all that feasible to Uhl. Furthermore, the original plan for the new LRC had many years poured into it; to her, it’d be odd to change it after so much work was put into it.
“Many people all across campus have been invested in this [plan], very thoughtfully crafting what that location will look like, why it should be there,” she said, “and so they made their presentation and then all of a sudden there’s this proposed change.”
Similar sentiments are shared by Alyson Indrunas, director of eLearning and Educational Design on campus. For her, the idea of the Learning Resource Center is right there in the name.
A building which houses so many vital resources and has ‘center’ in the name, said Indrunas, “should be the center of something, and down there it’s the center of nothing.”
Indrunas believes a lot could be lost if the LRC was built across Broadway. This is especially true for her department. Instead of having a space where people could come and find the help they need, eLearning faculty would be much more spread out than they currently are, or than they would be with the Index location; they would have to become “nomads with iPads,” as Indrunas put it.
She also thinks the proposed idea of dorms at the Index Hall location is a bit odd. She believes it to be a “very weird place to build a dorm,” asking who would be comfortable having a beer or any sort of drink at their place of residence with the risk of their teachers walking by.
Overall, Indrunas isn’t very impressed with the possible change.
“I definitely would need to see a lot more than what I have to even remotely entertain that it would be a good idea,” she said, “and I’m in leadership here. Those are things I need to know because I need to tell people why it would be a good idea.”
Students seem to be in agreement. Quentin Caldwell, a 19-year-old student at EvCC, calls the idea “ridiculous.” He notes that it can already be an inconvenience to travel between classes into Gray Wolf for help. Caldwell calls walking all the way across Broadway “kind of a journey.”
“I would have to go down there,” he said, “but I wouldn’t like it because that’s a huge walk.”

Lei Elena Canonizado, 18, is also a student at EvCC. She thinks there would be fewer students were the LRC to move across Broadway.
“It’s such a physical feat to go down a hill, go across a street, [and] potentially get ran over,” she said “You want to add safety [for] the students.”
She also stated that there would be “a lot of relocation” for students, and that for a “first few months it would be a learning curve,” though she does believe they may get used to the walk after a couple of months.
When asked about the situation, President David Beyer seemed a bit perplexed.
The current Master Plan which was approved by the Board of Trustees, Beyer said, is the model that will be followed unless something substantial comes up in the next couple of years that causes a change. Beyer noted that any talks about moving the LRC were “exploratory discussions only.”
However, he’s certainly heard concerns from other faculty. The president said he has responded to “six or seven emails” expressing worries and doubts about the potential of a hop across the street.
With that in mind, he said he “[doesn’t] agree that we should be limiting ourselves” by committing so passionately to the Index Hall location.
When asked who brought the idea to the Board of Trustees, Beyer responded that he told the Board “we need to look at other options when it comes to Broadway,” also noting that no one knows what the future will bring or how Broadway may look one day.
“Sometimes I think we worry about things that we don’t need to worry about,” he said, “I think if the Board really liked this idea then they would’ve changed it then and there.” 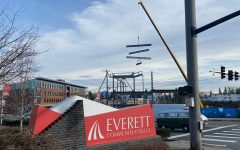 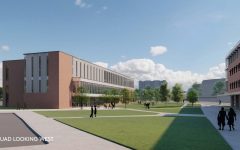 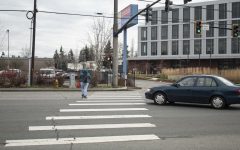 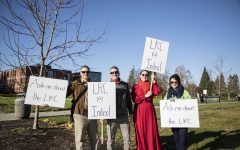 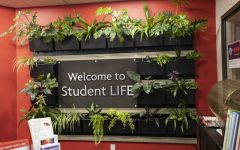 Clubs and Tutoring: How to Get Involved at EvCC 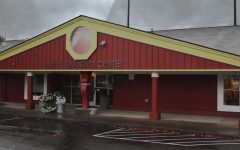 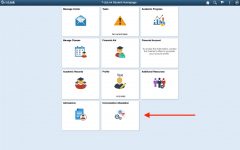 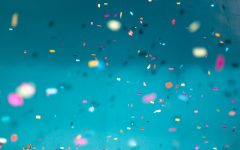 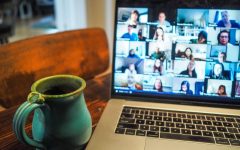 Educational Paradigm Shift and Its Potential for Growth 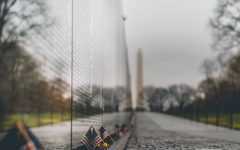 Resources and Support for Veterans at EvCC