The Everett Trojans finished second out of eight teams in the NWAC Baseball Championship this past weekend in Longview, WA.

In their first game of the tournament, the Trojans jumped out to a strong start with a 3-2 win over the Lane Titans. Solid pitching by Curtis Bafus (W, 5.1 IP 6 SOs) and Ryan Sandifer (3.2 IP, 0 R) helped Everett squeak past the Titans and stay in the winners bracket.

In the bottom of the sixth inning, trailing the Red Devils 2-3, Everett had runners on the corners with two outs and Daniel Head at the plate. Head launched a ball deep into left field that appeared to be on its way over the fence. Steve Robinson, the left-fielder for Lower Columbia, saved the Red Devils from falling to a 5-3 deficit and robbed the home run as he caught the ball, falling over the outfield fence in the process.

Lower Columbia went on to win the contest 5-2, handing Everett their first loss and putting the Trojans’ backs against the wall.

Facing elimination, the Trojans came out strong against Tacoma in the early goings of their third game of the tournament. Everett took a 2-1 lead over Tacoma in the fifth inning and was able to extend that lead to 4-1 as their bats came alive.

In the seventh and eighth inning, Tacoma fired back, scoring six runs and taking a 7-4 lead heading into the ninth inning. Just when it seemed the Trojans would be heading home from Longview earlier than anticipated, they were able to mount a late game comeback.

After the stunning comeback in the bottom of the ninth, the game turned historic.

Jaden Yackley, an infielder for the Trojans, took the mound in relief and dealt four scoreless innings, keeping Everett alive throughout the extra innings.

Tacoma and Everett played six scoreless innings after the ninth until Bryce Steckler scored from third base on a wild pitch in the bottom of the 15th inning, sending the Trojans to the fourth day of the tournament and giving Everett the longest win in tournament history.

Everett went on to face Walla Walla and was able to gain a comfortable lead over the Warriors early on in the game. Trent Tinglestad was dominant at the plate for the Trojans, going 3-4 on the day and driving in four runs in the process.

The key performance for the Trojans was Aaron Patterson, a left-handed pitcher that had thrown just 11 innings from the mound all season long. Patterson (7.2 IP, 0 ER) was able to shut down a Walla Walla team that had ran hot all tournament long and Everett went on to win 9-2.

As the first game got underway, it was obvious the Trojans were hungry for revenge. Everett jumped out to a 4-2 lead in the fifth inning and never looked back, tacking on two more runs and winning by a final score of 6-3 and forcing a championship game.

The championship game started about an hour later on Monday, May 29. However, the contest did not go the way the Trojans hoped it would.

Lower Columbia got out to a 2-0 lead in the first inning and didn’t allow an Everett hit until the fifth inning. The Red Devils went on to win 5-1 and were crowned the 2017 NWAC Baseball Champions.

Everett’s second place finish mirrors their result in last year’s NWAC Championship, as they fell to Yakima Valley in the championship game. However, the Trojans showed true resiliency after falling out of the winner’s bracket.

“I’ll hold my head up,” said Head Coach Levi Lacey.  “They’re really good young men, so I’m not going to look down on it. It was a good run and a good experience.” 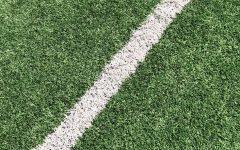 A Double Header: An Update on Trojan Sports 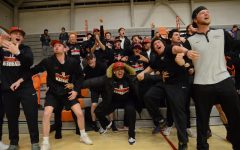 The Impact COVID-19 Has Had on EvCC Athletics 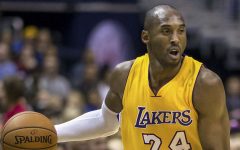 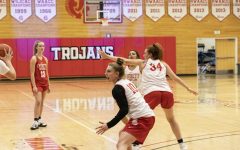 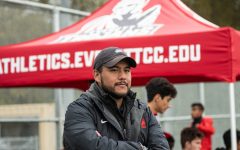