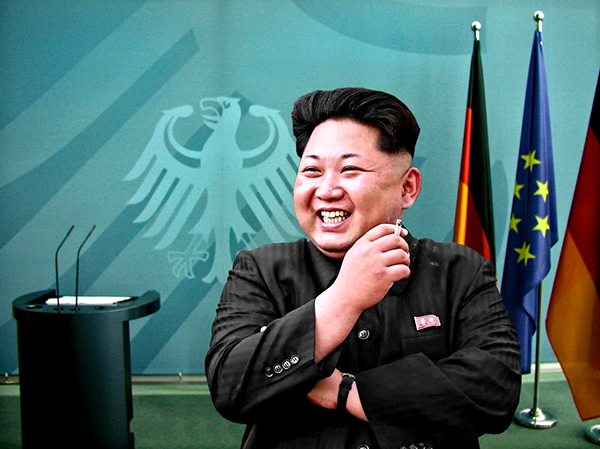 Tensions have increased between North Korean president Kim Jong-un, pictured, and President Trump over missile tests surrounding Day of the Sun holiday, according to BBC news. North Korea carried out its fifth nuclear test on April 16 that failed, but Vice-Foreign Minister Han Song-ryol told BBC North Korea will be conducting future missile tests on a “weekly, monthly and yearly basis.”

Gather around, boys and girls. This month’s news is hot off the press and ready to be devoured. To sweeten the deal, we’ll throw in some nifty headlines to get an idea of what you might’ve missed.

Small and slow, the landslide still prompted evacuation recommendations and closed the road. The deadly 2014 mudslide that killed 43 and buried Highway 530 occurred 1.5 miles east of the area.

What: Tornado touches down, knocks over RV’s

The tornado passed through a dealership and moved dozens of RV’s, flipping several. One car was crushed, but there were no fatalities or injuries. Washington averages three tornados per year.

Around the Big Blue:

What: Evacuations resume after deadly bombing

Thousands of citizens continued to evacuate from four areas of Syria after a bombing that killed 120, mostly women and children, days before. At least 3,000 residents left Foua and Kfarya for Aleppo, and some 500 left Madaya and Zabadani for the rebel-held Idlib province.