There is More to Winter than Christmas 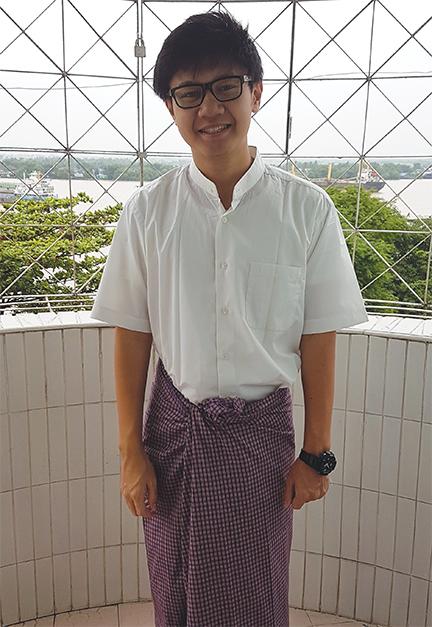 The sun rises on a beautiful winter day in Myanmar.

The day goes like this for George Htun, a Burmese student at EvCC. Splashing of water hits the traditional clothing of the people and loud singing and screaming arises from down the street. The whole city seems to be awake, ready to start the day off with a party.

The party that starts today is a winter party that celebrates the New Year and a new beginning and a cleansing of the past year to start new.

The winter is not just about decking the halls or hitting pots and pans to ring in the new year, but about cultures connecting in a deeper meaning.

Htun celebrates the holiday season by preparing for a new year. Htun said

“We march down the street in traditional clothing and sing for the new year to come.”
MYANMAR
In Myanmar, Christmas is not as intensely celebrated like in the United States. The people spend an entire week gathering together and creating a deeper relationship with each other. Htun said that the week is also a time to connect with the spirits and gods that guard them over the next year, this lasts into April.

In other parts of the world, Christmas is not the only way to celebrate. The people of China/Hong Kong, Korea, and Vietnam celebrate winter and the new year in general.
HONG KONG
Yugene Lee, an ASB Senator at EvCC, is from Hong Kong and her family celebrates the winter solstice with parades and then a New Year’s celebration. The celebration is from December 21-23. “The country”, Lee said, makes winter a time to “stay and spend time with your family”. Each night the family eats together with an extravagant dinner.
SOUTH KOREA
Korea spends the holidays with a mix of Chinese new year celebrations, but also a much calmer way of celebrating Christmas. Minseo Jeomg, a student at EvCC,  and his family celebrate Chinese New Year around January 20. He describes Korean winters as a time to be “traditional and celebrate with parades to connect with others.”

Nguyen describes the season as a two month event with parades and singing. The season has a three-day gift giving tradition. Nguyen said the first and second day are all about kids getting gifts from parents around their neighborhood. The third day is for the teachers to give students gifts and connect with each other.

Koreans, Jeomg said, also celebrate Christmas like Americans, but with less enthusiasm.
PHILIPPINES
Winter and Christmas in America go hand in hand with each other. This is the same in the Philippines. The only difference is the Filipinos pay attention to the Star of David. They call it a “Parol.” Danielle Calicdan, an EvCC student, said she “doesn’t just celebrate the holidays the American way, but also uses biblical meaning to connect with her family and relatives.” Calicdan also said her family sings and opens gifts on Christmas Eve not Christmas Day. Her favorite song in Filipino is “Ang Pasko Sumapit” (Christmas Is Here), which is a religious connection with her family and God for the season.

Throughout the world, the winter season is not all about Christmas and decorating. “It is not just for the individual, but a way to connect with others,” said Lee.