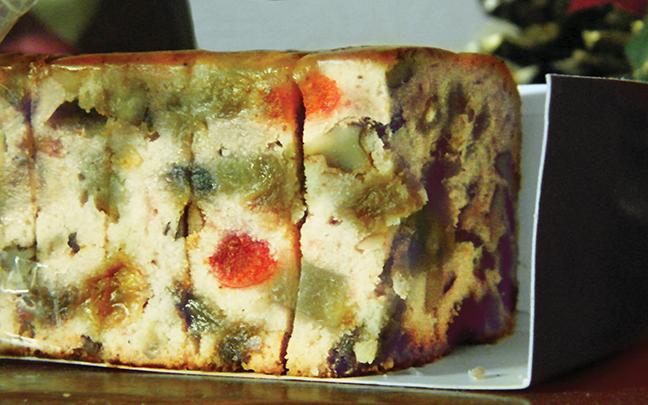 No cake is complete without radioactive fruit bits and the delectable tint of egg yolk, said no one ever.