“Feel The Bern” At This New Club 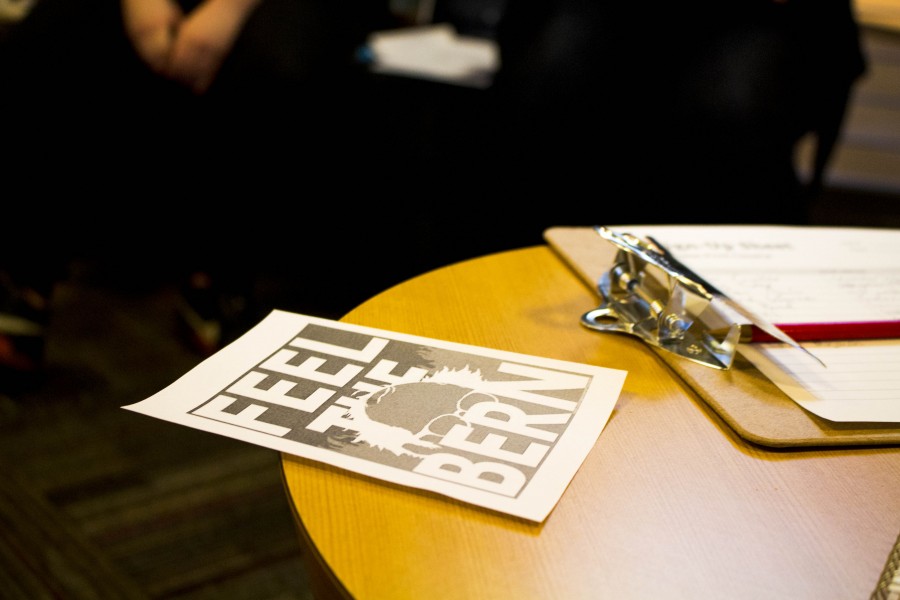 A ‘Feel The Bern’ flyer lays on the table at the first meeting of the club. Students introduce themselves with ease knowing they all share one thing in common: supporting Bernie Sanders.

With the presidential election coming up in November, the media is buzzing with updates on candidates. You might be thinking, who am I going to vote for?

Here at EvCC, there were no political clubs until recently. As of Jan. 28, a new “Students for Bernie” club was formed thanks to Justyce Wright and Alyssa Jackson. They are both students here at EvCC and are also a part of Student LIFE.

The two handed out 250 ‘”Feel The Bern” flyers, inviting anyone who wanted to attend the first meeting for their club. According to Alyssa Jackson, all but a few of the students were excited to hear a group was being formed to support Bernie.

Justyce Wright says she supports Bernie because they have noticed that he recognizes social injustices in America. “He actually listens to the people,” Wright said at the first meeting.

Alyssa Jackson organized a phone banking event for the club. Phone banking is a way to call registered voters and raise awareness about Bernie in states where he needs more votes. It’s important to register to vote, however, phone banking is an effective way to support any candidate if you are too young to vote.

You can also show your support for any other candidate or political party as well by starting your own club. Make sure you have enough people interested, a faculty member willing to advise the club, and get it approved by Student LIFE. For more detailed instructions, check out the Guide to Starting a New Club 1. here: http://www.everettcc.edu/students/sa/clubs. 2. On the EvCC website.