What Do Tattoos Mean To You? 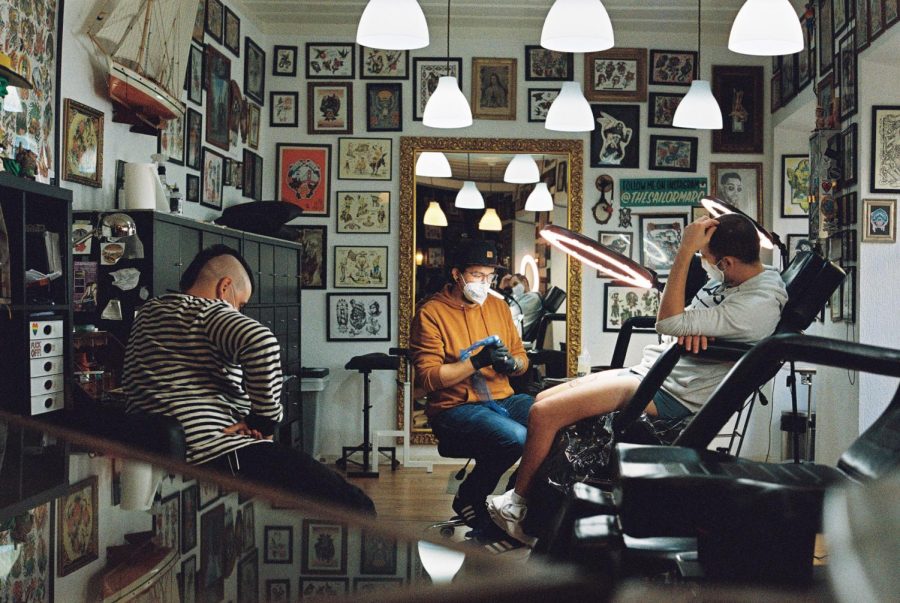 The stimulus behind tattoos has always been heavy. Parents beg their teens not to partake in the art form, jobs don’t hire based on them, and many leer at those adorned with them as impromptu decisions that will leave a lasting scar on the body. Yet, college students still flock to it which raises the question: what makes tattoos so meaningful?

According to a study done by; Pew Research Center, 38 percent of 18 to 29 year olds have some sort of ink on their body. Basketball and track athlete Iayanah Brewer falls under this category. At 18, Brewer already has five tattoos on her body, getting her first at just 17. “My dad always had tattoos, I just always wanted one,” she said.

Her first tattoo was the most meaningful; up her forearm in roman numerals is the day her uncle passed away. “He meant the world to me,” Brewer said. He also cared a great deal about her track career, which inspired her to take her senior season of high school with the utmost seriousness. A seriousness she continues to display in her collegiate career, in his honor.

Tattoos can be powerful, an intimate bonding of art and meaning displayed in permanence on our flesh. “My tattoos, my life, my story,” Brewer says, “preserves what I do in my life. I’m in college, I’m doing sports, I’m from Alaska, this is my background. All my tattoos are me and they’re a part of me and everything about me.” This sentiment is an example of the impact a little ink can have on a life.

Caden Carrigan, another track athlete at Everett Community College, shares this ideology but leans on the artistic side of things. “I’ve always wanted tattoos growing [up] and thought it would be cool to have artwork on my body,” said Carrigan. Tattoos offer a form of expression that we very well wouldn’t be able to find elsewhere. As Carrigan expresses through his favorite tattoo, a dagger through a rose on his shoulder, a tattoo he and his father share.
Using our bodies as a canvas to portray the things we hold most dear or the art style that encapsulates the aesthetic that we feel speaks to us as individuals, that’s the rarity. Tattoos can do that which other forms of self expression cannot. It’s a permanent way to communicate to everyone around us who we are, and what our values are.

According to the Smithsonian Magazine, “Humans have marked their bodies with tattoos for thousands of years. These permanent designs-sometimes plain, sometimes elaborate, always personal- have served as amulets, status symbols, declarations of love, signs of religious beliefs, physical adornments.” Tattoos are important not just to look cool or be defiant, but to serve as reminders for the history preceding them. “It doesn’t need to have meaning…tattoos are a way you can express yourself through both art and purpose.” Carrigan reiterates.

In a time where we all are trying to find ourselves, footholds of self proclamation can help ease the anxiety of social ambiguity. We are our own person and tattoos allow for that to be showcased publicly.

So yes, the answer to the question “What does your tattoo mean to you?” is varied. But, it’s that variance that makes it so beautiful. We see individualism through the stories those choose to have professed on their skin. This is what makes tattoos so meaningful to the college student, and beyond.