Breaking News: Shooting Next to Campus 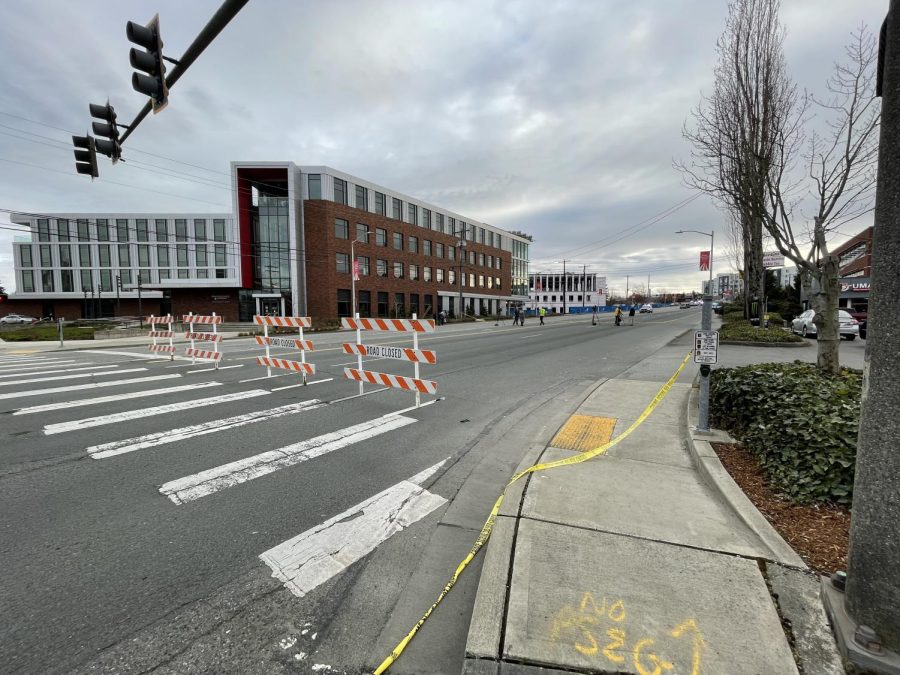 At around 2:15 p.m. gunshots were heard in the parking lot of Starbucks next to the EvCC campus. Though the incident was not on EvCC premises, the campus was told to lockdown. This lockdown lasted a few minutes and no one who belongs to the EvCC community was hurt.

Yuina, an international student from Japan who lives in the EvCC dorms said, “I learned about today’s incident through an email from a housing staff member. I then looked outside and saw that the police had put up tape.” Yuina said that the dorms didn’t take lockdown like the rest of the campus did because the dorms are auto-locked, but, there were police officers who guarded the entrances.

It is unknown as of right now why the suspect opened fire but an officer was allegedly shot in the head at the scene. After the shooting took place, the suspect took off by car and ran over the officer. This officer was a young male and had worked for the Everett Police Department for six years.

After a two mile long car chase, involving the suspect and police, the suspect was involved in a three car crash that happened between 35th street and Rucker Avenue. One of the cars that were affected was a van full of children. At the scene of the crash the suspect was taken into custody by police.

The Snohomish County Multiple Agency Response Team has been called in to undergo investigation on what caused this incident to occur. Currently the information regarding the suspect has not yet been disclosed.

“This was my first experience with feeling so much fear so close to home as such incidents rarely happen in my country,” Yuina said, “I still feel a little scared now even though I’m in my home all day.”

We will update as more information is released.