How Our Pets Relieve Stress 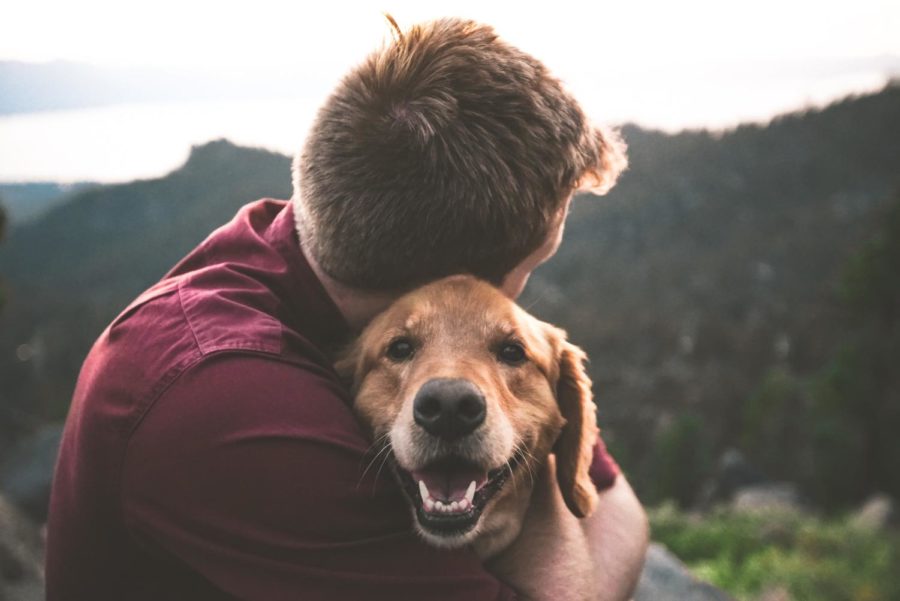 Photo by Eric Ward on Unsplash.

With the rise in poor mental health levels due to the pandemic, many students and teachers have turned to their pets for support.

Beverly Farb, EvCC program advisor for the Psychology and Sociology department, shares her experience as a pet owner and gives insight on the science behind why animals help humans on such an emotional level.

Farb has two cats, Niña and Fluffy. They are both short hairs, one fully black and the other calico.

“I definitely think [they help relieve stress]. If anyone in the house is stressed, the cats come right up,” Farb says. “The cats have been a great asset for stress-relief during the pandemic, especially when my kids are doing school at home.”

According to Farb, cats, dogs and horses are known to be great at keeping their human companions happy and healthy. “We don’t know all the mechanisms that make this work, but we know it does work,” she says.

Cortisol is the body’s main stress hormone. Not only does it help the body to do daily tasks, it also boosts energy in your body so that you are able to handle stressful situations. When you are in a stressful situation, your brain sends the signals to the adrenal glands and they in turn produce the right amount of cortisol.

“[Studies show that] cortisol does reduce in the presence of pets, sort of like how meditation does the same,” Farb says. “Since cortisol levels are reduced, this means that the human does not feel as much stress as they did before the animal encounter. While this happens, oxytocin levels actually rise.”

Due to the exchange of cortisol for oxytocin, as Farb explains, it is known that pets do in fact reduce stress levels and even make the human feel happier and calmer.

Thunder Lambright, an ORCA student here at EvCC, has had experiences that support this science.

Florence, Lambright’s dog, is a 3-year-old chocolate lab. She has been trained as a hunting dog but still shows quite a passion toward her humans.

“She’ll come over and greet us at the door,” Lambright says. “She usually wants us to pet her.” Having that smile-inducing welcome from a pet after a long day is something that a lot of people rely on.

Lambright explains that many classes have been encouraging students to bring their pets on the Zoom calls to make the environment feel more friendly and to help people get to know one another.

“In online school I don’t really get to talk to people. It’s a good ice breaker to have [Florence] join the Zoom.”

During the COVID-19 pandemic many people have had to adapt to the new ways of living, and animals have helped in this process. “They activate that sort of love,” Farb says.