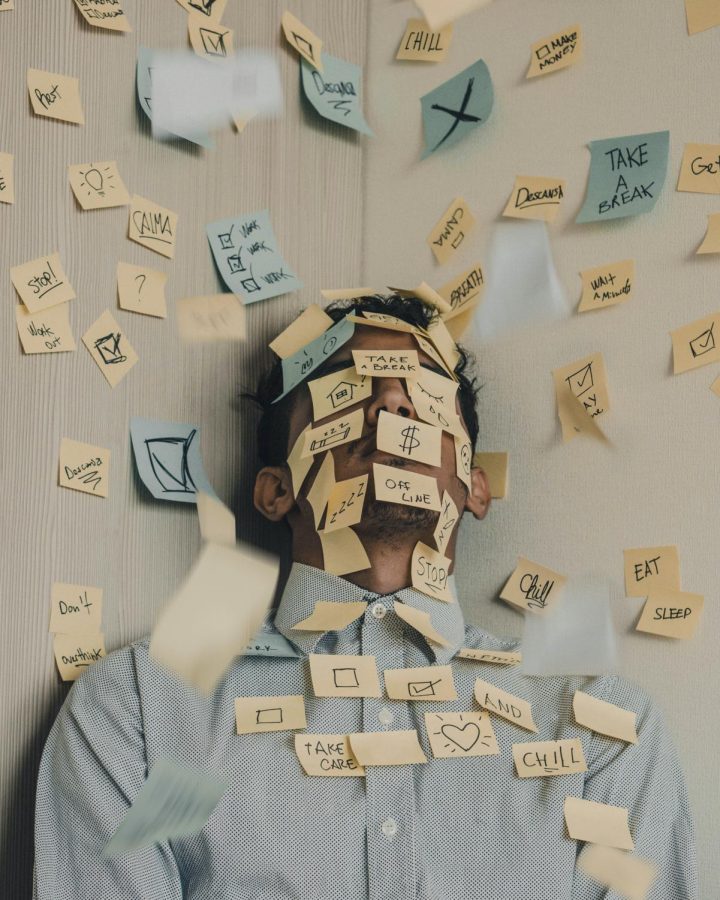 Photo by Luis Villasmil on Unsplash.

Students expressed feelings of stress and being overwhelmed.

As this first full school year during the Covid era finishes, we are presented with a chance to look back on how everything went during these unprecedented times.

One of the main things that stands out when speaking to people in the science program is how many students seemed to have a much different perspective than what teachers described.

Teachers spoke of feeling that students lacked motivation and drive. Students shared that they felt lost in their classes and that teachers were not available. But both agree that it was a challenging year for everyone.

Jennifer Wells, who is a science student at EvCC, explains how difficult she found one of her recent science classes to be. “In my class, I saw that there was very little instruction given. There would be assigned chapter reading each week, a corresponding video and group work that was called a lab,” she says. “But each week I would spend 20 minutes trying to decipher what the lab required, to then spend five minutes completing a menial task.”

Wells also explained how she felt like she had a difficult time understanding the tasks that were assigned to her class. “The instruction that was provided was in rambling to nonsensical error-ridden posts that did not make their objective clear,” she says.

There was additionally a general lack of grading from her science instructor. “We were four weeks into the semester before any grades were given,” she says. “No feedback of any kind was provided to determine if the work we had done was even the right work to be able to do well on the test.”

They also describe being afraid of speaking out on record about their experiences because of their worry of retaliation. They explain that it is likely they will be in other classes with these same teachers and fear prejudice or other repercussions if their names are published.

Other science students also shared how they felt like their teachers assumed they were skipping over important work and were unprepared for their classes. They even mention that they felt that some instructors suspected that they might be cheating.

Jeff Fennell, who teaches Environmental Science at EvCC, seemed to confirm this view of students and shared his thoughts about how his classes went during the Covid era. He believed that there were a lot of students who were unprepared for the new learning environment. “Many students just weren’t ready for an online class. Or they simply didn’t want to be in one,” he said.

Fennell also mentioned he thought that the online format gave students more opportunity to get around learning the material completely. “Without being in the classroom, they weren’t challenged by me as much as I would have liked.  For many of their assignments and exams, they would lean heavily on their notes or books (or Chegg) And, because of this cheating, many of their grades were inflated,” he said.

Neil Parker, EvCC Director of Institutional Research, did share that the school’s preliminary data did not support Fennell’s view of his students. “At a population level (for all students across all courses), there does not appear to be a significant difference in course success rates pre-COVID compared to post COVID, ” he said.

Dr. Joyce Belcher, Dean of the Math and Science Department at EvCC didn’t have a lot to say specifically about this year when contacted, but she did share that she felt the school was caught off guard a bit by the pandemic.

“The initial response to the pandemic left the college with very few options to continue offerings as they have always been, instead instructors, much like most of the population, have had to adjust and adapt to teach things in different ways that they never anticipated”

But even as the best plans are made by teachers and administrators, science students said that they felt they just weren’t given the best opportunities to learn

K, a Biology major at EvCC who asked to remain anonymous because of a worry about retaliation, summed up a feeling that several students described, “I know that this is an unprecedented time in our recent history and that people are doing the best they can. I really empathize with my teachers. That being said, in an education system that charges us a lot of money to take these classes I never expected that some of my teachers would be so unavailable, cavalier and disorganized.”