The Voices of a Movement: Young Activism and Social Justice 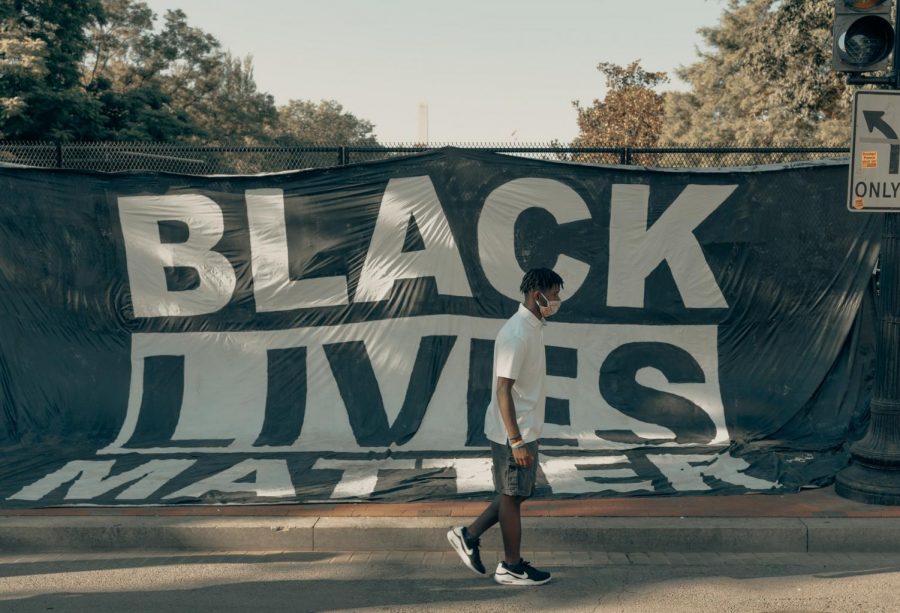 Photo by Clay Banks on Unsplash.

The Black Lives Matter movement has been at the forefront of conversations about police violence.

With the modern world in the midst of a serious health crisis and the public conversation about police violence becoming feverish at times, there is one young activist from Everett who hopes to be a positive voice in all of that.

Olushola “Shola” Bolonduro is the son of Nigerian immigrants and grew up in Tacoma, Washington. He is in the prerequisite stage as a nursing student and is trained as a Registered Cardiovascular Invasive Specialist. He is currently studying nursing through an online program at Tacoma Community College and plans to take many of his prerequisites at Everett Community College.

Bolonduro began his activism after moving to Everett. He says, “I really wanted to be a part of the Black Lives Matter movement that was happening. I also knew that I wanted to help get things moving in Snohomish County since there wasn’t that much networking and organized protests, compared to what I saw happening in King County.”

As an African American teen growing up in Western Washington, Bolonduro was keenly aware of the challenges that minorities face in American culture. He says, “I developed a strong desire to bring about public awareness of police violence towards people of color. I felt I needed to add my voice to the growing momentum that I saw happening.” It became a passion for him and he began organizing different actions and protests around the Puget Sound area.

Over the last several months, he has held an almost daily vigil in downtown Everett, handing out literature from different groups that support victims of hate crimes and bringing attention to national Black Lives Matter efforts.

Everett resident and school district manager, Corinne Flora says this about Bolonduro, “his manner is so calm and inviting. I always get the feeling from him that he really wants to help, instead of creating division amongst people. He is really engaging and seems genuinely interested in real dialog with people.”

However, not everyone is as happy with his presence in the city. Bolonduro says, “I was standing at my normal spot downtown and this old white man came up to me and started yelling at me. He claimed I was saying that ‘white lives don’t matter as much’; which I never said, and kept pushing the conversation even when I told him I didn’t want to engage anymore.” The man was eventually escorted away by police, but not before yelling about how the protests “need to stop” and that Bolonduro and his friends should “go home”, according to witnesses.

Bolonduro also founded a social media support group called The Dark Side of Everett. He explains, “I started this collective as an attempt to bring goths, punks, metalheads, emos and other ‘alternative’ folks together in Snohomish County and help them find a common positive purpose.”

The group has since grown in size and continues to be a support for many young people in the North Sound. “This is a safe place for people that step outside the mainstream zeitgeist,” says member Jessie Tear. She explains that the group has been a major revelation for her and others. She says, “The Dark Side of Everett group has really inspired me to pay more attention to things outside of my own experience. I feel that through this shared aesthetic in music and fashion, I have found some really amazing people who seem to have a real passion for positive change in the world.”

Bolonduro hopes that he can inspire younger generations to get more involved in social justice and activism. He says, “I really think we have a unique opportunity before us right now. Black Lives Matter is becoming a mainstream idea and with the energy, I see from young people, I feel there is a real opportunity for change.”

He explains that he wants his activism to be a major part of his personal and professional life going forward. Bolonduro says, “I really hope that through public health and direct activism, I can really make a difference for all vulnerable populations. I want to be a part of a solution, rather than being someone who shouts from the sideline.”

*This article has had a correction by updating Olushola Bolonduro’s education.