Men and Women’s Cross-Country return for the first time in a year. 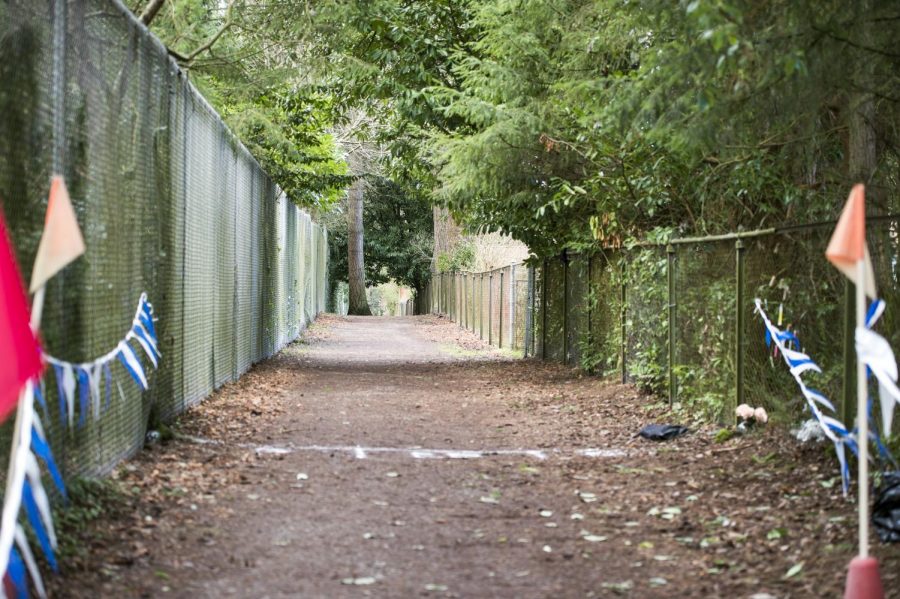 Moments before the race began at the Edmonds Region meet.

On Feb. 20, 2021, the school’s cross-country program returned to competitive action at the Edmonds Region meet. It has been almost a year since EvCC shut down its athletic programs, to maintain safety protocols during the COVID-19 pandemic.

The first meet for the Trojans on Feb. 20, the men finished 2nd behind Edmonds community college. In

their second meet of the season on March 6, the Trojans outlasted Green River community college to finish in 1st place with a score of 10-14, the lower the score the better in cross-country.

Ryan Barene, a freshman for EvCC said “I had big goals my senior year of high school and with the year being canceled, I have tried to carry those goals over to this year at Everett.”

Unfortunately for the women’s team, they have not had enough runners to qualify in either of the two meets. Caelyn Foster, a freshman for the cross-country team said, “Right now it is about improving each race, which I did by 45 seconds from our first meet. Even though we have not been able to qualify yet, I am just happy to be back competing as a team.”

What is different about this year?

After a year off from competing Gary Davis, the head coach of the cross-country team spoke on  the differences between this year and the years prior. “The first thing that comes to mind is having no fans in the stands and another challenge is the team’s travel plans. In the past, the guys and the girls would travel together to the meets. And this year we travel separately, with staggering times for each men and women’s race, to maintain social distancing.”

The limited number of competitors is also new for student-athletes. Davis added, “Last year an average meet such as the one we had in Edmonds, would have 8-10 schools competing in the event. This year we only had three. If it was an invitational meet, we could have up to twenty schools and it doesn’t look like that will happen until the track season in April. ”

A whole new challenge for athletes

When the Northwest Athletic Conference announced that student-athletes would be granted an extra year of eligibility it affected each EvCC sports program differently. The Trojan’s basketball program had 16 out of 19 athletes deciding to use that extra year of eligibility to return to the school. In contrast, the cross-country team only has one returning athlete and six new freshmen.

Foster also said “this is just a whole new experience and challenge for us. Our senior year of high school was also cut short due to COVID, so we have a year off from competing on a team and now we are trying to make the jump from high school cross-country to community college.”

Part of the safety protocols for the team is traveling separately to the events and maintaining social distancing. When they arrive at the meets, they are required to wear masks during warm-ups and up until they reach the starting line of the race.

“We were originally going to have to stagger start times individually for each runner on both the men and women’s team along with wearing a mask throughout the race,” said Davis. “Fortunately, a few days before our first meet Governor Inslee approved phase 2 for the state which allowed us to start the race at the same time for each team and only be required to wear a mask before and after the meet.” Testing for student-athletes is currently not required.

The Trojans will race again on March 13, an event that was made-up due to inclement weather from their scheduled Feb. 13 race. And one more meet on March 24, to close out the season.