The Art of Self Acceptance

EvCC students and staff discuss the highs and lows of body image. 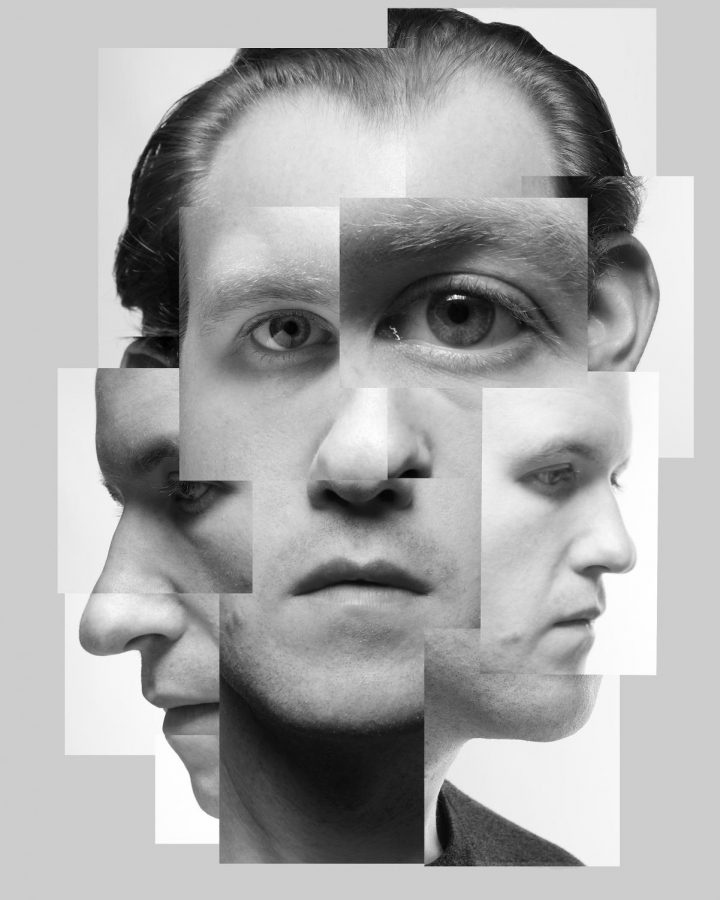 Abstract self-portrait of the photographer.

I studied myself in the AOC makeup tutorial video, comparing the strange angles to what I see in the mirror. It doesn’t match up.

Poisonous criticisms maddeningly swirled around my head to the point of emotional meltdown in the reflection Zoom that followed.

I immediately edited it out. Maybe if I ignored the obnoxious voice in my head pointing out my perceived flaws, then it would eventually crawl to the back of my mind and finally shut up.

The voice has only become more prominent.

If other people experience these self-image phenomenons, maybe I wouldn’t feel so alone in the critical echo chamber.

To avoid the dysphoric feeling that can come with seeing a photo, Bragg says, “I always make ugly faces [in photos]. I would rather make an ugly face and say it’s intentional than be true to myself and be backlashed with ‘oh your double chin is showing’ or ‘your face looks too wide.’”

She deals with the ups and downs of self-image by reminding herself that as a woman, hormones fluctuate and it’s natural to look and feel different based on the time of the month.

“Our bodies are constantly changing on the hormonal scale, so we get pimples and bloating. I just look at myself and go ‘you know what? Just give it a day. It will be fine. It will go away and you will still be you.’ I talk to myself like I was boosting up someone else.”

Body image and self-acceptance can be a lifelong struggle, and 27-year-old behavior neuroscience student Caitlyn Sklaroff is familiar with the work it takes to combat these nagging issues.

“I had a gastric bypass when I was 25, so I at one point weighed 337 pounds. I have lost almost 200 [pounds]. It’s been a lot of work [getting] through the body image issues that came from being overweight and the subsequent weight loss. Self-image has been quite the focus for a lot of my life,” says Sklaroff.

Looking in the mirror can still be a slippery slope that leads her to start picking apart her appearance. Through learning to walk away from triggers and work through therapy, Sklaroff has gotten to the point

where she truly doesn’t care about how she looks.

“I just have to step away and say I’m smart, I’m kind, I’m funny. I focus on the things that actually truly matter to me, and when it comes to what truly matters to me, beauty standards aren’t them.”

This art of not caring was perfected by 17-year-old running start student Miriam Black when she was in just third grade.

“I have eczema. It was really bad when I was younger and always on my arms, face and hands. Everywhere you could see. The entire third grade called me ‘zombie girl’ behind my back,” recalls Black.

Her friends stopped interacting with her because of the mean nickname her peers branded her with, and Black learned to disregard her physical appearance out of pure necessity. In a freeing act of defiance against beauty standards and mean children, Miriam Black left her self-consciousness in the elementary classroom and hasn’t looked back since.

Men can have a more difficult time expressing issues with body image because of societal standards, but John Peterson, a 46-year-old electrical engineering major, has felt relatively comfortable with sharing self-image struggles with people in his life.

It took him years, but Peterson finally got to a point where he stopped equating looks with worth. “It takes time and an awareness that some never achieve. But after a long look at my past, my present, and potential future, I just came to a realization that it just doesn’t matter how I look, my deeds and interactions will say far far more about me as a person than anything I could ever look like.”

On my own journey of self-acceptance and shutting up the critical voice in my head, I am slowly learning the art of not giving a damn, perfected by my peers like Miriam Black and John Peterson and by strong women like AOC.

Even though we shouldn’t base our confidence on others’ perceptions of us, we should learn from one another when it comes to the universal struggle of self-image.

In the words of Peterson, “It really doesn’t matter what others think of you, and your own opinion matters more. You can be a happier person if you are happy with who you are, and that begins with accepting yourself for what you are now, and not what you were, or think you should be.”

Psychology instructor Brett Kuwada, or “Dr.K,” notes that some amount of self-image issues and criticism when you see yourself is normal. It reaches a dysfunctional level that could be body dysmorphia when one experiences “very frequent thoughts and feelings around perceived deficits or flaws in their body, and is so distressing that it negatively impacts their social, work, and/or home life. Also, these flaws are normally not something that others would notice or highlight as being flaws.”

If you feel like you might be suffering from body dysmorphia or other issues with self-image, Dr. Kuwada suggests “connecting with one of the EvCC counselors. They are all licensed mental health clinicians, and are free of charge to current students.”

Email [email protected] to meet with an EvCC Counselor.