Review of “History of Swear Words” 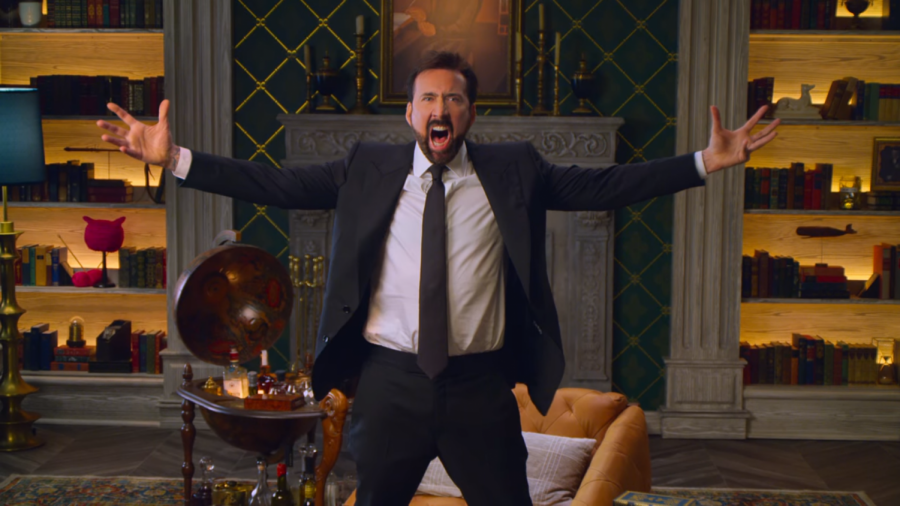 Screenshot from The History of Swear Words.

Nicholas Cage is as over the top and bombastic as ever.

Do you remember when you were a kid, and you first learned swear words and you thought it was really funny to just say them all the time? Okay, maybe you didn’t, but I did, and I bet you knew a few kids who did giggle at the mere utterance of an expletive. I was hoping the new Netflix show “History of Swear Words” wouldn’t fall prey to this juvenile impulse, and the show is at its best when it’s not trying too hard to be funny, but sometimes it also seems to think that shouting any given four-letter word at the top of your lungs is twenty-four karat comedy gold.

The series covers exactly what its title suggests, dedicating an episode each to six of the most ubiquitous swear words in modern English- F—, S—, B—-, D—, P—- and D–n. Nick Cage gives his bombastic, over the top narration and the show seems totally conscious of the man’s status as a living meme. Guests fall into two categories- comedians and experts, the former riffing on whatever topic is at hand and the latter offering interesting perspectives from their field of expertise. In my opinion, while the comedians are decent, they’re hit or miss, and the most interesting content comes from the stories and facts presented by the specialists present.

Take the first episode, where the word “F—” is explored, for instance. The beginning explores the flexibility of the word, comparing it to Play-Doh, and the origins of our beloved F-Bomb are explored in detail. They even go so far as to animate and describe an apocryphal origin of the word as being an acronym meaning “Fornication Under Consent of the King”. It’s pretty cute, but some of the humor is ruined by a try-hard F Bomb at the end of the skit. The delivery made me cringe like I was listening to some awkward tween try to be edgy, and it wouldn’t be the last time I wondered if the script was written by someone growing their first facial hairs.

The show is at its best when it’s telling us interesting things and letting the humor arise naturally. Some interesting bits include a story about a congressman named Dick Swett, the potentially racist nature of Parental Advisory labels, the raunchy recordings of Lucille Bogan, and the surprising answer to the question “Which actor has sworn the most in their roles?” It’s really funny to hear about people in Medieval England named “Roger Fuckbythenavele” and “John LeFucker.”

History of Swear Words makes a great case for the usage of our dear four-letter words, citing their importance in expression and the power they hold that no other words do. They can be important in art, everyday conversation and even in politics. I’d like to cite one of my favorite instances of swearing in history: in his Inferno,the Italian poet Dante Alighieri describes the flatterers in Hell as being “immersed in boiling s—.” (He obviously uses the Italian equivalent, merda.) If one of the greatest poets to have ever lived found it appropriate to use, it tells me that sometimes there really are no better words to use.