Review of “The Boys” Season 2 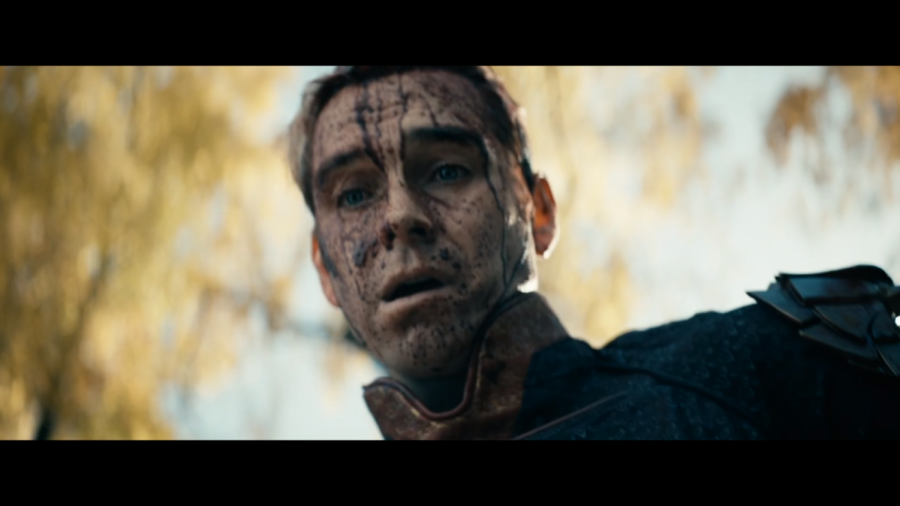 Screenshot from "The Boys"

Homelander, played by Antony Starr, is just as terrifying in a season just as bloody as the last.

The Boys, from its very first scenes, was one of the highlights of 2019. A bawdy and gore-soaked deconstruction of the superhero genre, The Boys found its voice in a balance between edgy, adolescent humor on one hand, and prescient social commentary on the other. I’m pleased to report that, while floundering a little in the middle, the second season of the series delivers on both of those fronts.

Speaking of fronts- Aya Cash joins this season as Stormfront, the newest “hero” of The Seven, sporting lightning powers similar to Thor and hailing from Portland, initially coming off as a no-nonsense feminist firebrand and iconoclast. However, the veil is quickly pulled back to reveal one of the most compelling and hate-able villains the show has given us thus far, and the vehicle for much of this season’s social commentary.

The commentary of the shows’ first season struck me as dated- a remnant of its roots in a comic that was published in the early 2000s. The jabs at the military-industrial complex and American interventionism felt more at home in the time of Bush than Trump, and the jabs at organized religion felt less nuanced and more like something you’d say after you browsed the atheism subreddit for a few minutes in middle school.

In its second season, however, I almost felt a sense of whiplash owing to how quickly the social themes veered from dated to eerily topical. This year the Black Lives Matter movement has burst onto the spotlight, and The Boys has set its sights on racism with the focus and intensity of Homelander’s eye-lasers. In the mid-season, we get some slightly gratuitous depictions of racial violence and later on a full-blown portrait of racist radicalization in the intro of the seventh episode. The show is keen to show the relationship of overt white-supremacy (the kind that’s socially unacceptable) to the more subtle, star-spangled apple pie that is America’s very own brand of racism. The social commentary is not always as subtle as the dog whistles it lambasts, but what it lacks in subtlety it makes up for in relevance and the fact that we just need a show that is saying the things this show is saying right now.

Returning characters also get their time to shine- fan-favorite Homelander returns, and Antony Starr makes him just as disturbing and deplorable as his iteration in the first season. I’m reminded of Game of Thrones’ Joffrey Baratheon, but this is even more terrifying. Instead of being a sociopathic teenage monarch, Homelander is a superman that can take bullets like raindrops and shoot lasers out of his eyes who retains the immaturity, narcissism and lack of empathy of a bonafide manchild.

The heroes are also given more development. In the sixth episode, flashbacks tell the story of Frenchie (played by Tomer Capon) whose past actions are important but until now were unexplained. This episode solidified Frenchie as my favorite character in the series.

The season’s not perfect. The midseason may feel a bit slow to those who are not deeply invested in the characters and their relationships with one another. The back half, however, delivers some truly mind-blowing twists, in the most literal sense of the word. The Boys season 2 lives up to the expectations set by the first. It’s only been a few hours since the season finale dropped, and I’m already counting down to Season 3. Go ahead and grab a Fresca (you’ll get the joke eventually) while you watch Season 2 of the Boys on Amazon Prime. You won’t regret it.