Salmon is a way of life in the PNW. With many species being added to the Endangered Species Act list, local projects are underway to restore salmon habitats. 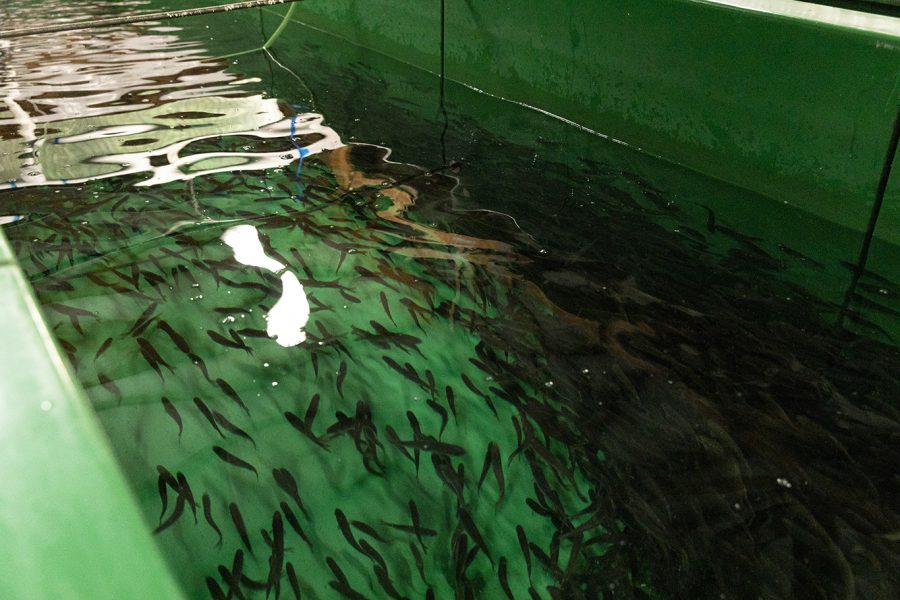 Washington’s rivers and Puget Sound are home to a fish that defines Western Washington: Salmon. From art at EvCC to the famous fish throwers in Seattle’s Pike Place Market, salmon are an icon for any town located near the Puget Sound. Indigenous people of the Puget Sound region fished for salmon as a primary food source, and one of the largest Native American fishing villages was discovered at the mouth of the Snohomish River near EvCC.

According to the Washington State Recreation and Conservation Office (RCO), “Today, 17 species of salmon, steelhead and bull trout in Washington have been put on the Endangered Species Act list.” This year $18 Million was granted to 91 projects by the Salmon Recovery Funding Board.

Restoring the rivers to save salmon will benefit an entire ecosystem. Salmon are considered a keystone species in the middle of the food web for rivers and oceans. Susan Zemek, communications officer for the RCO, says “Scientists have found 138 species that rely on salmon for food, everything from flies to whales. So if you restore streams and improve the habitat for salmon, then their numbers will increase and many other animals will benefit, including our starving orca whales.”

One of the projects being funded is the Snohomish Floodplain Acquisitions Phase I, which is the process of researching, mapping and restoring historic floodplains for the Snohomish River. Floodplains are land that floods during parts of the year when Salmon swim from where they are born to the ocean. Regarding the impact a developing city has on a river system, Jeff Fennel of EvCC’s biology department says “Urban runoff of pollutants is a big one.  Blockage of fish passage is another, as well as removing debris from the waterway. Debris slows the water and makes it easier for fish to rest.” Floodplains help slow down the river and allow fish to rest.

These resting areas are important because salmon swim all  the way from the mountains to the Puget Sound – and back. The Snohomish River empties into the Puget Sound less than a mile from the EvCC campus, and on a clear day at EvCC one can see the Cascade mountain range. The salmon migration is like walking from EvCC to the Cascades every year.

There are many ongoing projects to restore salmon habitat on the Stillaguamish River. Two that received

funding this year are the Knotweed Control & Restoration in the Stilly and Stillaguamish Tidal Wetlands- Acq. Knotweed is an invasive species, and according to the project snapshot “Knotweed degrades salmon habitat by reducing in-stream cover and food supply, elevating water temperature, and reducing future large woody debris recruitment. Knotweed stops juvenile tree development.” Part of this project is planting conifer trees that are native to Washington. This not only restores forest land, but creates salmon habitat when the river floods during the spawning season.

The Tidal Wetlands Acquisition Project is a reclamation of land that was previously used for farming and will be restored to a historic floodplain. The plan is to buy approximately 248 acres of land and restore it into an estuary in order to give salmon habitat when spawning. It may seem like a lot of land, but Zemek says “salmon recovery is being funded only at 15 percent of what is needed if all the projects in the recovery plans were funded.”

Every year hatcheries release salmon and hope they come back upriver to spawn. The only way this happens is if the rivers are healthy and salmon habitat is restored. There are many volunteer opportunities and ways to help. Zemek says “Yes, there are dozens of local salmon recovery groups that often are looking for volunteers to pull weeds, plant trees, remove garbage from rivers and more.” She also recommends this website, which shows there are many ways to help keep our waterways clean, even without leaving your house.