A double-review of Amazon's "The Boys" and HBO's "Watchmen". 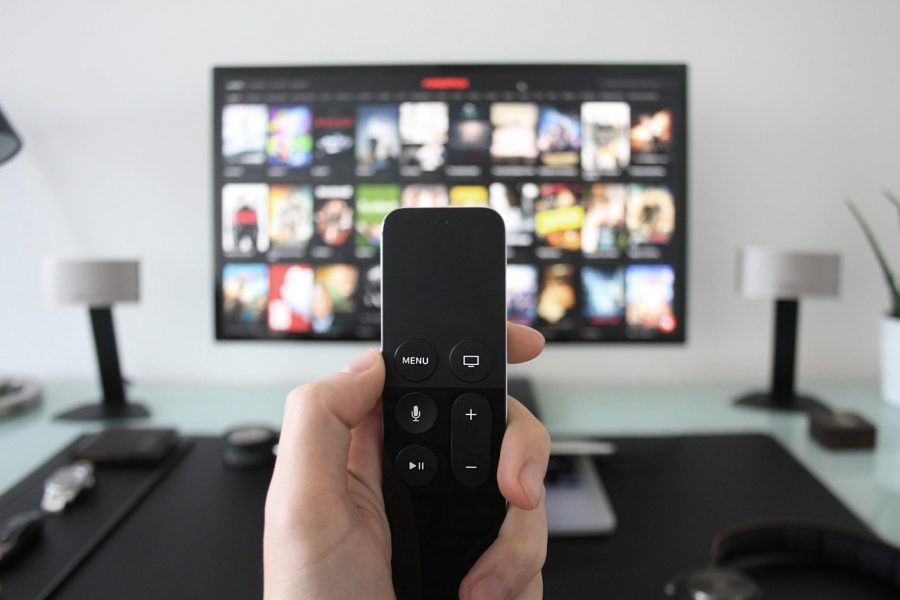 Here is another installment of the Clipper’s entertainment column, Quarantine Curator, devoted to finding entertainment to consume while stuck self-quarantining at home.

There’s 23 movies in The Marvel Cinematic Universe with more on the way, and who-cares-how-many in the DC Extended Universe. I’m starting to get sick of watching super-powered boy-scouts in tights rehash the same plot lines ad nauseum, and I’m sure you are, too. But just because you’re self-isolating doesn’t mean you also have to torture yourself with mediocre cape-flicks. Why not try one of these shows? Amazon’s “The Boys” and HBO’s “Watchmen” are fresh takes on superheroes that both haters and lovers of the genre can enjoy.

Amazon’s “The Boys” keeps the superpowers, but hands over the underwear-on-the-outside gimp suits to a greedy cabal of narcissists, deviants, predators and murderers. In the world of “The Boys”, supes (as they’re called) are the ultimate celebrities. They have their own cereal brands and they star in movies about themselves. They’re controlled by the super corporation Vought International, who give them crime itineraries to follow. They fight not for the greater good, but for their bottom line.

Adapted from Garth Ennis’ comic series of the same name, the show follows Hughie Campbell (played by Jack Quaid), as cliché a protagonist as they come: a scrawny, nerdy white suburbanite whose plotline is kicked off by personal tragedy, Hughie could easily be mistaken for Peter Parker at first glance. Instead of being bitten by a radioactive spider, Hughie finds himself caught in the web of tough guy vigilante Billy Butcher (played by Karl Urban), who takes the young man under his wing and on a journey of revenge to take down The Seven, “The Boys” equivalent of The Justice League.

“The Boys” is not for the faint of heart or the weak of stomach. The first ten minutes of the series alone will be a good gauge of whether or not you’ll like the rest of the series. The pilot blazes forward with a fast pacing intensity that becomes lost in the later episodes of the season. But, iconic performances like that of Antony Starr as sociopathic Superman-analogue Homelander save the show from getting stale.

Soaked in as much blood as charm, “The Boys” is a wonderfully over-the-top satire of superheroes, celebrity culture, and the military industrial complex. Season One is available now on Amazon Prime, and Season Two is slated to be released sometime this summer. Within minutes of this glorious gorefest, you’ll forget you’re in a pandemic at all.

HBO’s “Watchmen”, however, takes an entirely different approach to the concept of superheroes. A sequel to/adaptation of the classic comic book by Alan Moore, “Watchmen” isn’t really focused on the ramifications of super powered humans. Characters with superpowers are almost entirely missing in the main cast, except for the human lie-detector capabilities of Looking Glass and the near omnipotence of Dr. Manhattan.

The show opens with a startling scene that sets the tone and establishes the main themes for the rest of the series- The Tulsa Race Massacre of 1921 is depicted, and we’re introduced to a character whose significance will not become known until later in this one season series. The show fast forwards one hundred years later and focuses on the protagonist, Angela Abar, an ex-police officer and vigilante who goes under the name Sister Night. But this 2019 is different than ours-policemen wear masks to protect their identities and a white supremacist group by the name of the Seventh Kavalry are terrorizing residents.

The later seasons pick up the pace and deliver revelations, plot twists and suspense that becomes dizzying. At some point, I began to lose my ability to follow exactly what was happening. Why are the bad guys doing what they’re doing, again? What was the point of that scene? There’s a literal elephant in a room that simply goes unaddressed.

I’m not saying that the show is entirely nonsensical- only that there were some things confusing for me to follow, plot points unaddressed, and twists that don’t seem to make much sense. Maybe you’re smarter than me, and you can figure it out. Please tell me if you figure out who the Lube Man is.

“Watchmen” is a bulldozer of a show. It will plow right through your screen, crushing you under layers and layers of plot twists and social commentary. In the process, it buckles under its own weight, but that doesn’t make it any less of an exhilarating experience.

Whether you’re a fan of superheroes or not, you’re bound to take something away from these shows. Haters will love the skewering of tropes they hate, and fans will love the fresh takes on their favorite genre. Watching these shows can bring a short, much needed sense of relief from the current COVID-19 pandemic.