From Addiction to Recovery 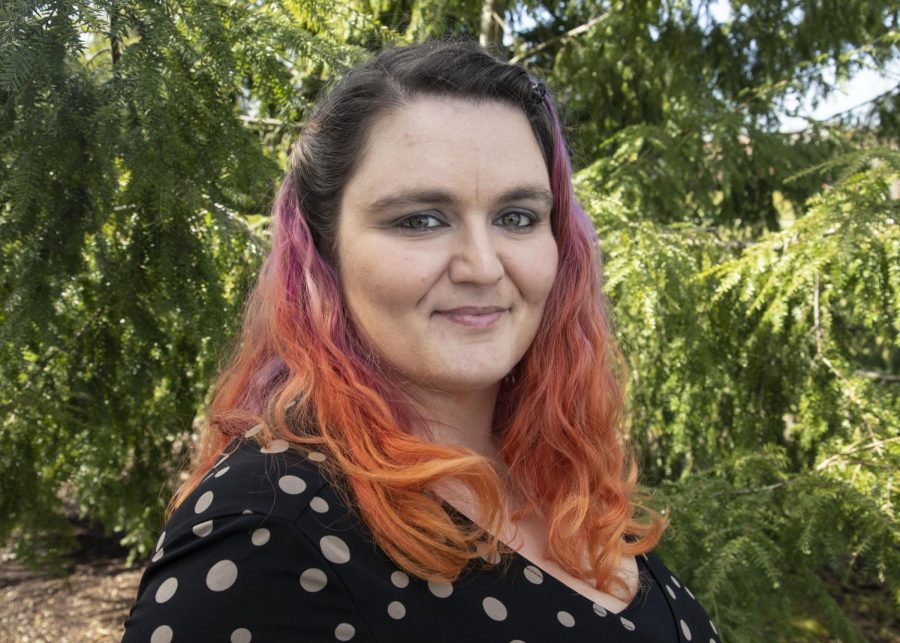 EvCC student Michelle Perry outside of Shuksan Hall on March 4.

EvCC student and employee Michelle Perry is in her second year of study, pursuing an Associate of Business Administration degree. On Mar. 31, 2020 she will celebrate four years of being clean from heroin and methamphetamine.

“I lost my best friend to addiction,” Perry said, “I’m blessed that I found my way out, but some people never do.” She doesn’t remember feeling pain, but her doctor prescribed the pills anyway after the birth of her oldest son. This led into years of pharmaceutical drug abuse.

She went from using to selling pills. She used this money to pay for food, diapers and her addiction. A domestic violence relationship pushed her to the edge and the pills were no longer enough. Heroin became her drug of choice and she lost almost everything, including her life.

Perry also plans to pursue both a bachelor’s and master’s degree with an emphasis on healthcare. She has experienced how a lack of effective programs made her road to recovery more difficult. “I have a really strong desire to build programs designed around addiction,” Perry said.

The opioid crisis in America claims the lives of 128 people on average every day according to the National Institute on Drug Abuse (NIDA). The Centers for Disease Control and Prevention (CDC) estimate the economic burden of fighting the crisis to equal around $78.5 billion everyyear. This includes health care, criminal justice involvement, treatment programs and lost productivity in our society. “There are people that walk into the hospital to get help and they can’t get it. Hospitals don’t have the funding to create programs for people that are asking for help,” Perry said.

Her fiancé, Sean, who graduated from EvCC’s criminal justice program, now works in hospital security. She often sees addicts being turned away. “What are we doing wrong that we can do right? What can we do to get more people off the streets?” Perry said.

According to the NIDA, less than half of private-sector treatment programs even offer medications to help fight opioid addiction. The NIDA website lists methadone, buprenorphine and naltrexone as effective medications in ending addiction, but they all classify as opioids. Both federal and state government grants provide funding for methadone clinics, including those in Snohomish County. Some clinics can give free or subsidized treatment to those who qualify.

These programs were designed to help lower opioid addiction and save lives. Methadone is more commonly used for heroin addicts. Perry spent four years using methadone instead of heroin.

“I thought, I can do drugs the legal way that insurance or Medicaid is going to pay for, which comes from taxpayers; or I can go to the streets, commit crimes and still pretty much get the same thing,” Perry explained.

Through her own determination, Perry decided to taper down on methadone until she felt comfortable going to detox. On Dec. 19, 2018 Perry took her last dose and went to detox two days later. On Jan. 1, 2019 she had completed detox and enrolled at EvCC for the winter quarter shortly after. “When I met Michelle, she was already a very strong and confident person. She has continued to grow in her belief of her talent and ability to achieve her goals and dreams,” faculty Lynne Muñoz said. “Strength often means we are wise enough to ask for help and seek out support and guidance to help us through the various phases of our lives. I truly admire Michelle for having this wisdom.” Muñoz is an advisor to Perry in the business division at EvCC.

“Now today, I feel absolutely amazing. I do not regret my decision at all. I do struggle with pain. I refuse to take any type of opiate medications. I have to remember that I have that addict within me,” Perry said.

Perry wants students struggling with addiction, either their own or within their family, to know they are not alone. She is preparing to fight legislation to change how grant money is distributed, with a goal to reallocate funding into programs that help families and individuals suffering from addiction. She encourages anyone interested to join her in her efforts. She also wants to spread awareness of the dangers of heroin and methadone.

“There’s drug dealers that are cutting fentanyl into drugs that are killing people. There has to be a point where we have an intervention with society,” Perry said. She believes the methadone program has failed to meet the goal of ending addiction, instead having the opposite effect for some. “It is creating addiction in people that didn’t know what addiction was.”

“Michelle and I would both say that students should never give up on their goals, hopes, and dreams. You don’t have to take this journey of life alone or be strong all by yourself,” Muñoz said, encouraging students to seek out help when needed. “Share your story, because you may be surprised that others are facing similar circumstances and you can build each other up with a shared story and common goals.”