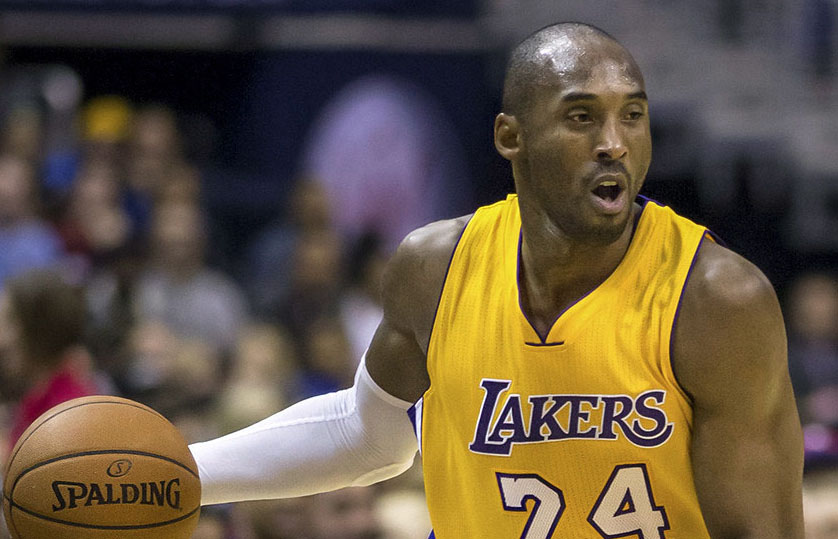 There are moments in life when words fail you because shock and disbelief rob you of expression. On Jan. 26, that moment for the basketball world was when Kobe Bryant, 41, and his 13-year-old daughter, Gianna Bryant, perished in a helicopter crash with seven others in Calabasas, California.

Many have paid their respects to Bryant and his daughter Gianna, and the EvCC Trojans were no exception. On Jan. 29, EvCC and Bellevue College basketball teams held a moment of silence in honor of 4 time MVP winner, Kobe Bryant. It was a somber moment as students and fans alike paid respect to the man who inspired and taught so many.

The weight of the silence was felt by EvCC Men’s Basketball player, Elijah Seybold, who states, “I was thinking about his daughter, that’s what hit me the most.”

Born to Pamela and basketball legend Joe “Jellybean” Bryant on Aug. 23, 1978, Bryant’s parents would name him after the high-quality beef from Kobe Japan they saw in a restaurant menu. But Joe and Kobe Bryant are not the only basketball players in the family. His uncle, John “Chubby” Cox, played for the Chicago Bulls and was an 8th round draft pick in the 1978 NBA Draft. Bryant’s cousin, John Cox IV, has played for the Venezuelan national team and currently plays in the French basketball league.

Bryant’s basketball career started right out of high school as a first-round pick for the Charlotte Hornets in the 1996 NBA draft.  He was then traded to the Los Angeles Lakers, the team he would play with throughout his 20-year professional basketball career. His obsessive work ethic, later known as “mamba mentality,” would make him one of the top players in the game. When Shaquille O’Neil left the Lakers in 2004, Bryant became the cornerstone of the team’s foundation.

Many who knew Bryant found his work ethic to be zealous. In an Amazon book review, Bryant explained, “Mamba mentality is about 4 a.m. workouts, doing more than the next guy and then trusting in the work you’ve put in.” But, one of his most recent achievements isn’t from basketball, but from his philanthropy.

Bryant partnered with the Make a Wish Foundation up until his passing. For over 20 years, Bryant fulfilled more than 200 wishes with the foundation and has made kindness and compassion part of his Mamba Sports Foundation. A more holistic approach to sports is taken by developing cognitive skills as well as physical training. Bryant’s kindness is remembered by many. Morgan Marshall, guard on EvCC’s women’s basketball team, shares her memory of Kobe, “He wasn’t just a basketball player, he brought so much more of being a good person and made that so much more important.”

Bryant’s hard work and empathy for others are not only respected by his fans, friends, and family but by the fans of other teams, including Trojan’s forward Devin Smith. “He meant everything; he was the GOAT growing up for us,” says Smith.  “He taught me how to hate and love someone at the same time. I’m a Jazz fan so he was always our rival, knocking us out of the playoffs every year. So, you gotta respect him, but you gotta hate him at the same time.”

Bryant’s relentless drive inspired the same in others, both on and off the court. He was a proud father and a loyal teammate that strove not only to be the best he could be but who he was meant to be. As Bryant once said, “I don’t want to be the next Michael Jordan; I only want to be Kobe Bryant.”

Kobe Bryant is survived by his wife, Vanessa, and their children, Natalia, Bianka and Capri.