One of Many Opportunities for Students to Connect on Campus 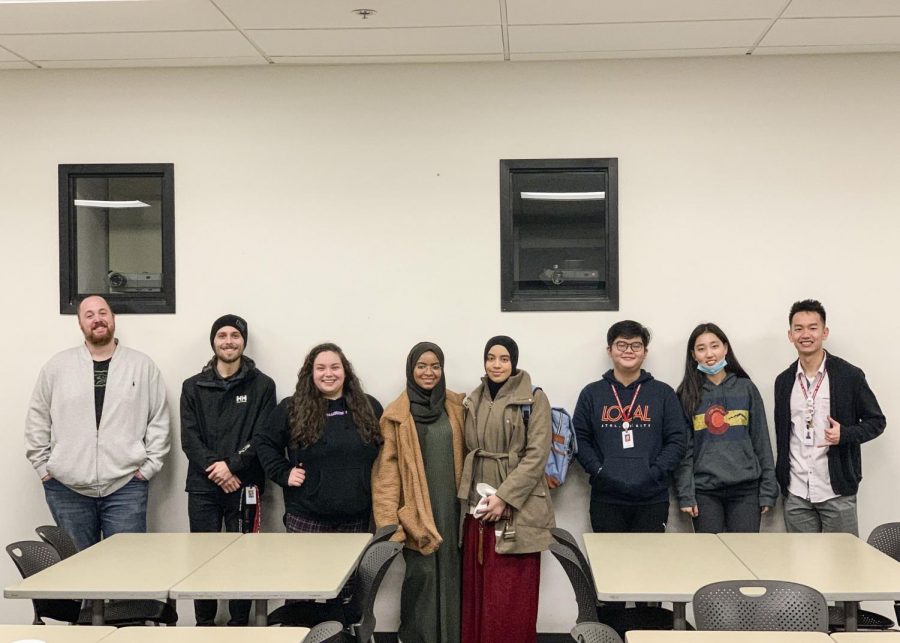 Members of BRIDGES cultural club meeting in Whitehorse Hall room 341 on Wednesday, Feb. 5. The goal of the club is to bridge cultures within the EvCC community.

BRIDGES club stands for Building Readiness, Inspiring Dreams, Gaining Educational Success. “This name was created based on our belief on bridging culture within [the] EvCC community. Let’s share our culture with others,” said Chan Beattie, one of the club advisors.

BRIDGES club advisors Chan Beattie and Chayuda Overby explained that the club was started by Maftuna Rakhmatova from Uzbekistan. She was the first club president, starting the club two quarters ago because she wanted to do something where she could share her culture with the community.

Rakhmatova asked students all over campus if they wanted to join the club and it has rapidly grown in the short amount of time it’s been around. The current president’s name is NhatVan Vo and alongside him leads Ruqaiyah Alaji, Dan Le and Jiho Kim.

Beattie spoke on the importance of the club saying, “To include other students, let’s share a culture with each other. Food, because a lot of people when talking about culture the only thing people think about is food, it’s more than that.”

A typical club meeting is held every other week, usually on Thursdays but they accommodate for the days that work best with student’s schedules.

Each session they choose to focus on a specific culture. Club members will bring cultural food that you’d typically eat there – you eat, play games and learn more about the culture of the week.

Their first club meeting of the quarter revolved around the Arabic culture. They began by passing around tea and snacks, then going around in a circle introducing themselves so everyone could feel welcomed.

They also played a game about common stereotypes said about different races. Each person took a piece of paper with a common stereotype on it and the members would discuss if they agreed or disagreed with the statement made.

At the end of the meeting, they drew names from everyone who signed up for the club at Winter Club Fest for a chance to win a new Starbucks tumbler. They give away a prize at the end of each meeting.

BRIDGES Cultural Club is not only a club that meets one day every other week, they have a center located in Rainier 112 where there are workshops held Monday through Thursday. They offer free tutoring for language support, mathematical support, mentoring programs and many more.

Susan Stachowiak, a tutor at the BRIDGES center, talked about why she volunteers her time saying, “Why not? Helping others learn the language is healthy for my heart.” Tutoring is offered at the BRIDGES center Monday through Thursday every week. Group discussions are also offered on Wednesdays.