Order Your Food Ahead of Time and Skip the Line 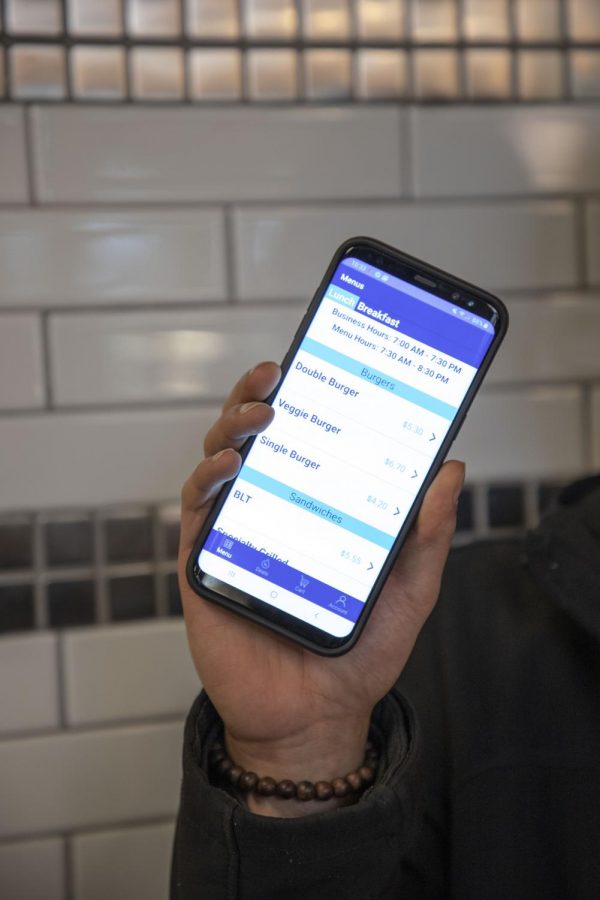 From Starbucks to Pizza Hut, ordering food online has been a fast-growing trend in the American restaurant industry. Now it has found its way onto campus with Parks Café rolling out its own online ordering app, Nabbit.

EvCC graduate Emmanuel Harley developed Nabbit with the hope to tap into the “uncatered market” of online ordering for school cafeterias and restaurants. Harley approached Parks Café caterers Stacy Kloster and Cindy Zink back in 2019 with his idea. They were happy to give it a try. “You’re never going to grow in anything you do, whether it’s life or your business, unless you’re open to new ideas,” said Stacy Kloster regarding the decision.

The app was rolled out to select EvCC faculty members in November 2019 for beta testing. This allowed them to “work through all the kinks” according to Kloster. They released the app to students during the last two weeks of fall quarter, but due to finals week there wasn’t much traffic.

According to Harley, they are sticking with an “efficient, flexible” model for now but as the awareness of the app grows they have plans to add more “bells and whistles.” The simplistic design of the app also reflects in the name it was given. Harley wanted a name that represented that it was online ordering explaining that “I want to be able to grab my food and get out quickly and so it’s Nabbit. Nab my order and go.”

While not many students have necessarily heard or used Nabbit yet, they are familiar with the concept of the app having used similar services in the past. “It seems efficient and effective,” said EvCC student Kaitlyn Bernard, “I feel like it will be super helpful.”

Once the app is fully up and running, Harley and Kloster have talked about expanding in new directions. Some expansion areas that they’ve talked about are a feedback section, photographs of the menu items and translations into different languages. “We know there’s growth and we watch for that and plan for it, but in turn we’re going to focus on what we have right now. Get it super efficient and then when it manages itself, we can expand it,” said Kloster.

Parks Café is open Monday through Thursday from 7:30 a.m. to 3 p.m. and Fridays from 8 a.m. to 2 p.m. Nabbit is available to download on the App Store (iOS) and Google Play Store (Android).