New Lactation Pod Has Been Installed on Campus 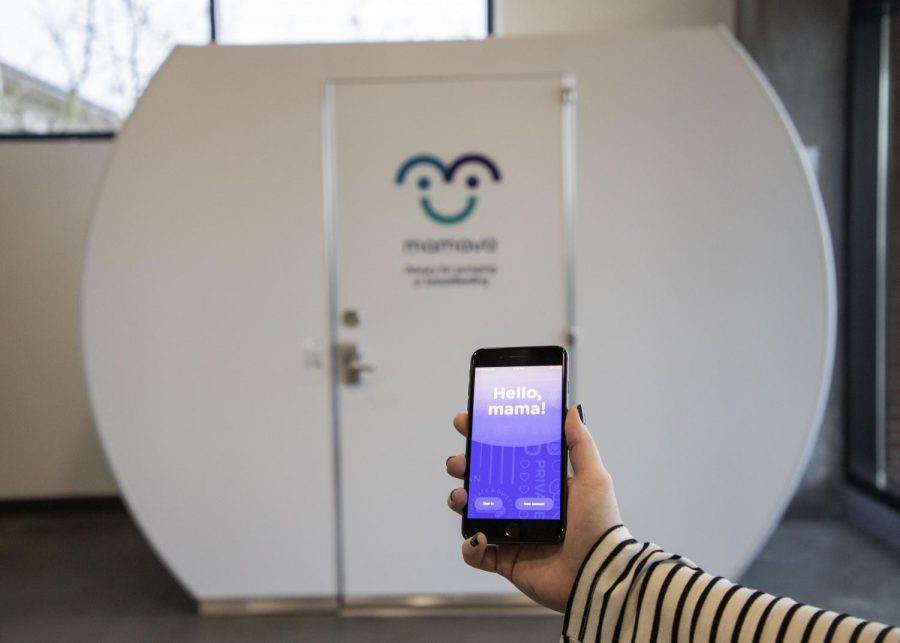 Last quarter a $23,000 state-of-the-art lactation space was installed on the first floor of White Horse Hall (WHH). The newly designed lactation pod was built and installed by the company, Mamava. Based out of Burlington, Vermont, Mamava celebrates and supports the 21st century breastfeeding mama on-the-go.

Mamava’s goal is to create a healthier society through a changed cultural perception of pumping and breastfeeding that allows every woman the opportunity to nurse her child regardless of her circumstances.

“We’re thrilled to support breastfeeding mamas at Everett Community College,” says Mamava Co-founder and CEO Sascha Mayer. “We believe that all mamas deserve a clean, comfortable and dignified place to use a breast pump or breastfeed distraction-free – anywhere, anytime.”

The mastermind behind the installation of the pod on campus was Vice President of College Services Patrick Sisneros. The idea came to him last year when he saw a Mamava pod at Clover Park Technical College in Lakewood, Washington.

“College campuses represent an environment that often has many breastfeeding students as well as employees,” says Mayer. “Supporting breastfeeding community members is important to help normalize breastfeeding in our culture.”

There is no way of knowing how many EvCC students, staff or faculty are nursing mothers but the installation of the new pod can also benefit the entire community. Since EvCC is a state institution, any mother who is in need of using the space will be able to come on campus and use its facilities free of charge as long as the building is open.

The pod that was constructed in WHH is called Mamava A.D.A. which means that it’s A.D.A certified (Americans with Disability Act). Mamas will be able to stretch out in the 50 square-foot wheelchair accessible pod which features dual grab bars, two benches, occupancy-activated lighting, ceiling vents, an exhaust fan and much more.

The school had originally looked at placing the pod in the Parks Student Union (PSU) building, but since the pod is designed for easy accessibility, the narrow hallways in PSU made the installation less favorable.

Mothers will be able to locate and unlock the pods via Bluetooth-enabled SmartLock through a free app. With this app, a mother would be able to dim the lights, reduce airflow and listen to numerous sounds. If you are out and need to pump, the app will guide you to the nearest pod. If someone is using it, the app will let you know how long they have been in there and will notify you as soon as the pod is open.

Sisneros explained that the installation is a part of a pilot program. If successful, the school plans to incorporate two more Mamava pods on two of the three floors in the new Learning Resource Center once construction is completed.

There is also a lactation room located on the second floor of Rainier Hall. The room is conjoined with the women’s restroom and remains locked. Any students or staff who plan to use the space on a regular basis can receive a key by the campus Security office. If you are a visitor on campus and want to use the room you can call security at  (425) 388-9990 and be let inside. The room consists of a two-seater sofa with a coffee table, a rocking chair and an electrical outlet.

If you’re a nursing mother who would like to use the new pod, the free Mamava app is available on the App Store (iOS) and Google Play Store (Android).