The second instance of someone exposing themselves on campus in the past five months. 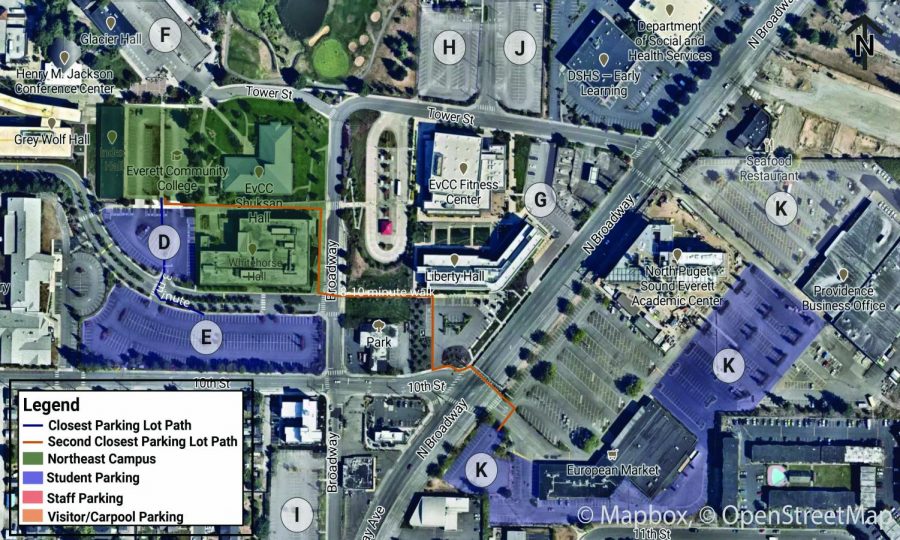 This incident occurred near parking lot E, located on the northeast end of campus across from Whitehorse Hall as shown on the bottom-left corner of this parking guide.

According to a Rave Alert sent out by EvCC, Everett police and EvCC security responded to a report of a man exposing himself around 12:15 p.m., today, Feb. 14. The incident occurred across from Whitehorse Hall in parking lot E.

The suspect was described as being a white male in his late 20s or 30s, standing at 5 feet 6 inches tall with brown hair and a thin build. He was last seen leaving campus heading southeast.

This is the second time since October that someone has been reported for exposing themselves on EvCC property. The previous incident was reported by The Clipper on Oct. 4, 2019. In the first incident, the suspect exposed himself to nearly twenty students outside of a second-floor Gray Wolf Hall classroom. He was described as a bald hispanic male.