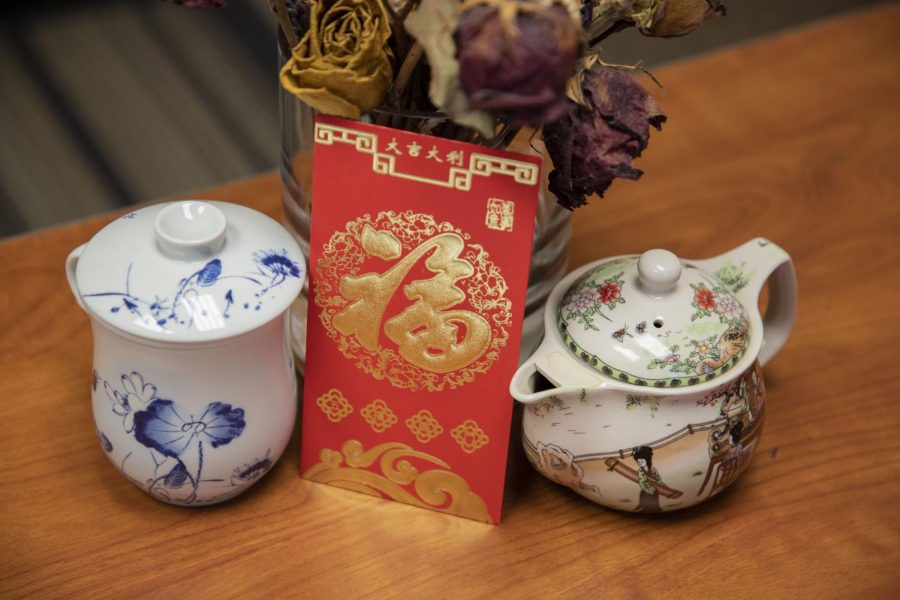 The Lunar New Year is an annual celebration in many Asian cultures to commemorate the beginning of the lunar calendar. This year it began on Jan. 25 and ends on Feb. 8. For EvCC students and faculty, the Lunar New Year means spending time with loved ones. They celebrate both conventionally and through modified traditions.

During the New Year, elders traditionally give red envelopes of money to their juniors for good luck. EvCC instructor Lijiao Serven remembered receiving these envelopes as a young child in China, “You open it up and it’s like, ‘Yay! There’s money in there,’” she said, “‘I don’t know what I’m going to do, but yay!’”

Some of EvCC’s faculty and students are from across the globe, but they still find ways to express their culture through the New Year’s festivities. Time and geography may change the way people celebrate the Lunar New Year, but the important part is togetherness.

This year is the year of the Rat, which is a symbol of fertility. Former EvCC student Justine Teoh said the order of Chinese zodiac signs associated with the Lunar Year comes from a legend involving a race between twelve animals. “The rat ended up first because it was smart,” she explained, because the rat tricked the ox into letting it catch a ride. “But in the end the rat jumped off and raced across the finish line before the ox.” This is why the rat is first and the ox is second in the twelve year cycle.

Teoh said her family does a mixed celebration because they are Malaysian. Unlike the tradition of wearing new clothes on the first day of the Lunar New Year, her family wears red.

Shutong Chen, a nursing student at EvCC, said when she was in China, her whole family would gather at her grandparents’ house, eat salted fish and light fireworks. “We had the biggest fireworks in my community,” she said.

Now that Chen lives in Washington, her tradition has shifted but she said, “I will still have a nice dinner with my friends and my boyfriend.”

Another attendee was the associate vice president of international education, Visakan Ganeson. He said that students are away from the places they grew up, but “they bring the celebration here.”

Serven teaches a range of courses at EvCC, including College Success. In China on the first day of the Lunar New Year, her entire family would gather and eat fish, pig’s feet and dumplings. Fish is a staple dish, said Serven, because the Chinese word for fish also means “plenty of.”

Serven’s family also has its own tradition of putting something special in a couple of the dumplings, like a coin or a date. “If you get it, you’re going to be very lucky for next year.”

Since moving to Washington, Serven celebrates with her children and friends, decorating the

house with red lanterns. She suggested hanging an even number, “because an odd number is not lucky.” But don’t hang four lanterns she said, “four in Chinese shares the same pronunciation as death.”

Serven still gives red envelopes to her children, but has adapted the tradition to suit them better. “I would put a chocolate coin,” she said, “because kids like chocolate more than money.”