Philosophy: The Big Questions and Why You Ought To Ask Them 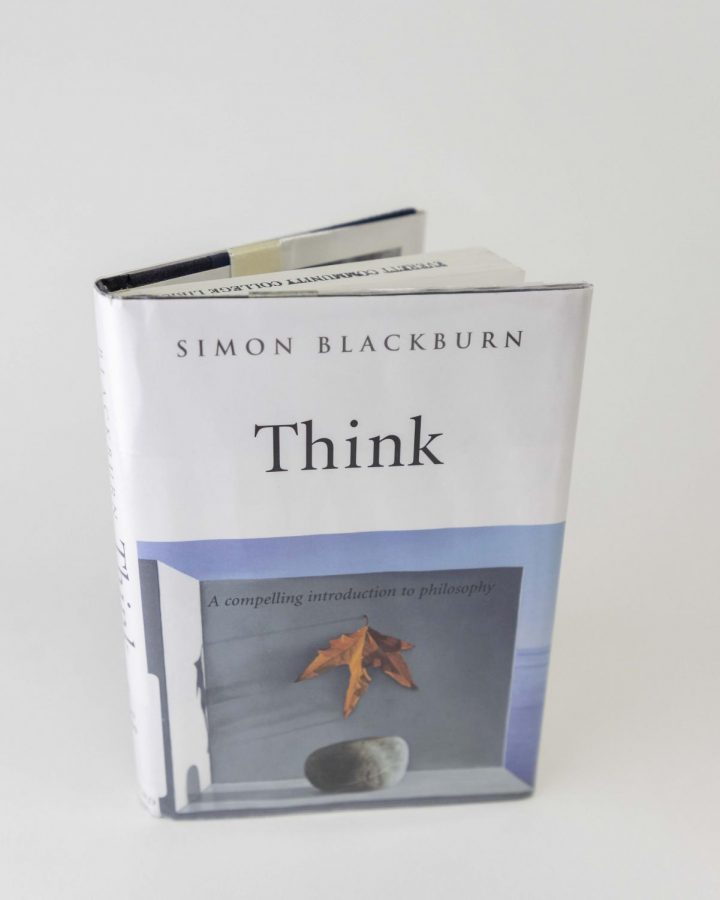 “Think” by Simon Blackburn is an example of a book that could be an introduction to philosophy.

The act of living raises questions that are hard to think about. On a cold fall morning you might look at the warm bacon from the café on your breakfast plate, your delight might turn to discomfort, and wonder: is it right for me to eat meat? As hundreds of articles flood your Twitter feed, you might ask yourself: How can I separate the real news from the fake?  Your nights might sometimes be sleepless when you wander into the realm of philosophical questions: Is there a God? Could there be an afterlife? How do I know what is right? How do I know what is wrong?

These daunting and fundamental questions, among many more, are the purview of philosophy – and are worth thinking about.

In the book, “Think: A Compelling Introduction to Philosophy”, philosopher Simon Blackburn says, “These are not the hidden preserve of specialists. They are things men and women wonder about naturally, for they structure the ways we think about the world and our place in it.”

But, maybe these questions on their own are not enough to interest you. Maybe they seem abstract and irrelevant. Blackburn gives an excellent example of the relevance of philosophical questions to our lives: “To take a simple example, if your reflections lead you to believe in a life after death, you may be prepared to face persecutions that you would not face if you became convinced – as many philosophers are – that the notion makes no sense.” They are, as Blackburn says, “continuous with practice.”

Another example considers the issue of fake news and the information we are bombarded with over social media. Now more than ever, we need critical thinking tools to distinguish what is true from what is not. “You’re not necessarily going to find out if it’s true or not,” says VanQuickenborne regarding internet articles, “But you should, hopefully, have some tools to give you a direction in which to investigate, in which to say ‘Yes, I think this is likely to be true’ or not, and that’s certainly something we think about in philosophy,” said VanQuickenborne.

If the questions raised by philosophy make you uncomfortable, you are not alone. We are raised to believe certain things that we come to depend on to make our way through the world – our religious beliefs, our ideas of right and wrong, what we consider real or not. By scrutinizing them we open ourselves up to the possibility that we might be very wrong about some very important things.

“If you’re feeling uncomfortable, log it,” says Sarah Gallant, another philosophy instructor at EvCC. “Record it. ‘I’m uncomfortable about this.’ And then just keep exploring – where does this discomfort come from? What am I more uncomfortable talking about and less uncomfortable?,” said Gallant.  The personal growth that can occur as a result of reflection is well worth the price of discomfort.

If you’re interested, take a class. Everett Community College offers philosophy courses. Alternatively, if you don’t have the time or money for classes and degrees, pick up a book. Simon Blackburn’s, “Think” is a wonderful and simple introduction to the field of philosophy, which is available to be rented in the Learning Resource Center. The next time you find yourself asking one of those big questions, sit down and write out your thoughts.