A Cautionary Tale for Aviation Students 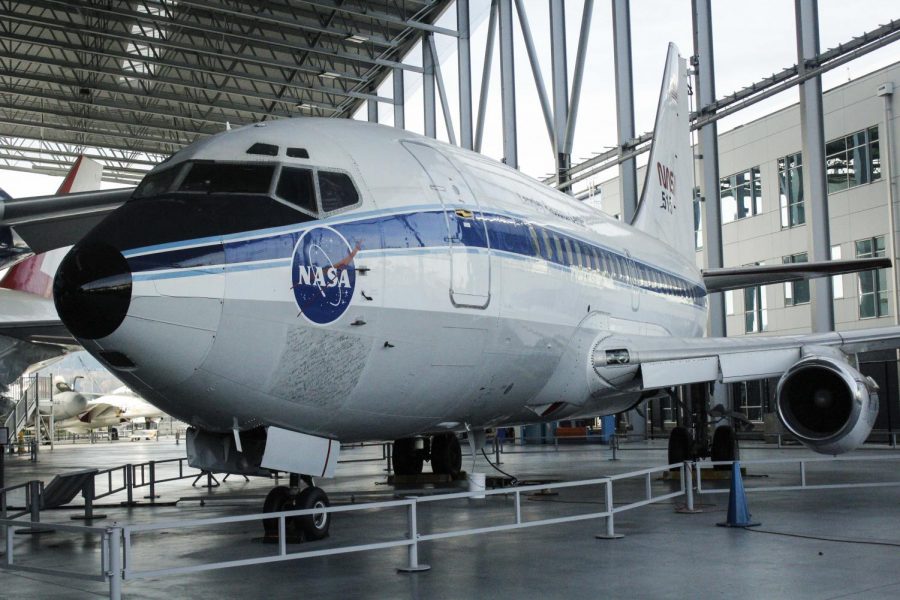 The prototype 737 sits on static display at The Museum Of Flight located in Tukwila Washington at the south end of King County International Airport. Since it’s first flight back in 1967, the 737 has been Boeing’s most-sold airplane in the company’s commercial sector.

Many students have traveled over the holiday breaks by airplane this past year to go on vacation or visit family. Most students will be flying on a variety of different planes, but one jet that’s not flying to an airport near you is the Boeing 737 MAX.

After two crashes within a six month period of each other, all 737 MAXs have been grounded pending a federal investigation with no timetable for returning to the air.

The 737 took to the air on its first flight back in 1967 and through the various iterations spanning half a century, the jet has been Boeing’s most sold airplane in the company’s commercial sector.

The new 737 MAX have engines that are 14% larger in size than the previous 737 model. The engines were so large that they had to be installed higher up on the wing because they would scrape the ground. This uneven distribution of weight throughout the aircraft in flight causes the plane to pitch up, forcing it to stall and fall out of the sky.

To counter this problem, Boeing installed the Maneuvering Characteristics Augmentation  System (MCAS) to keep the jet in a nose trim down. Boeing told pilots as well as the FAA that the plane should fly similarly to the older 737.

On Oct. 29, 2018 Lion Air Flight 610 crashed 13 minutes into the flight off the coast of Java when MCAS sent the plane plunging into the Java Sea, killing all 189 people on board. Boeing downplayed the crash, assuring the public that the problem with the MCAS was fixed.

Only six months later, another 737 MAX crashed. This time an Ethiopian Airlines Flight crashed near the town of Bishoftu, Ethiopia killing all 157 passengers only six minutes after takeoff. Three days after the second crash all 737 MAXs were grounded.

What impact, if any, do these crashes have on those studying to become aviation technicians?

Everett Community College’s aviation program, with a satellite campus located at Snohomish County Airport, has been around since 1968. There are 160 students enrolled who are trained and required to follow procedures by referring to the technical manuals and advisory directives provided by the FAA.

According to Robert Prosch, Interim Dean of Aerospace and Advanced Manufacturing Careers, the program has been growing quite fast with an excellent retention and employment rate for graduates. “We have a waitlist every year and a 100% placement rate,” Prosch said. “Our students that go through our programs are employed. They want a job and they have a job.”

Prosch added that the recent crashes with the 737 MAXs have not had an impact on EvCC students’ work. “Our students are pretty focused on what they want to do and I have not seen a direct impact in regards to students either choosing to work for Boeing or to work in the industry,” he says.

“Safety would be paramount,” says Prosch. “Ultimately, we stress to our students that you will be working on planes and you need to think about [it] as if they were carrying your family members and they are flying at 35,000 to 40,000 feet what happens when something goes wrong. All of our industry partners emphasize safety is first.”

Logan Beck attends EvCC AMT School and wants to become a certified mechanic, but eventually become an airline pilot as well. “The aircraft I work on at the school are up to 20 years old so the MAX being a brand new model will have significantly more complex electrical system,” he says.

Improvements in technology changes the way airplanes are manufactured and certified making them a very complex and sophisticated piece of machinery.

“This is just the direction aviation is going from systems to fly by wire which completely eliminates control cables which exists in aircraft like the 787 to more advanced sensors and equipment. This is the future of the industry,” Beck added.

Prosch believes the public’s confidence in the 737 MAX will return. “Boeing is going to take care of it,” Prosch says. “This is not the first time original equipment manufacturers have had issues. It is significant but they are going to figure it out in the long run.”