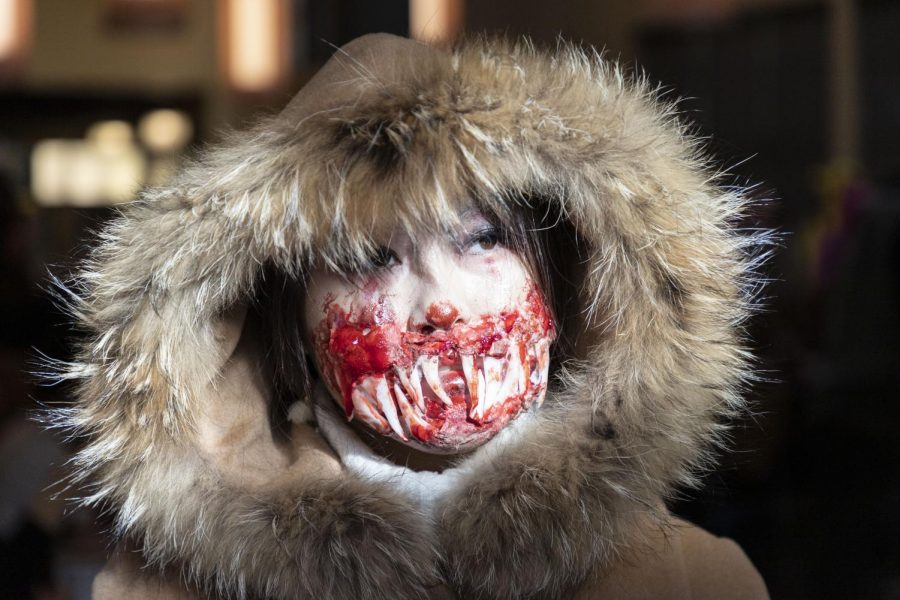 Many unique Halloween costumes were seen yesterday morning in the cafeteria of EvCC. Starting at 10:30 a.m., students walked down the hall of the Parks Student Union building, checking out various club stands that were offering information and a lot of candy.

At 12:30 p.m., the cafeteria became the place for the costume contest, and a lot of applause was given for the novelty of the costumes that competed as they aimed to win first prize. The EvCC students got really creative; a sumo wrestler, the Cheshire Cat, Spiderman and Pikachu were some of the many costumes that walked across the stage. Staff were also competing for the prize, and filled the stage with amusement, dressing as characters like the Care Bears and the Ghost Busters.

“I wear this costume every year, and I will continue to wear it until it doesn’t fit anymore,” said EvCC student Jasmine Sodenberg, who dressed as a Sriracha hot sauce.