From Student to Instructor

Balancing Life as a Working Mom 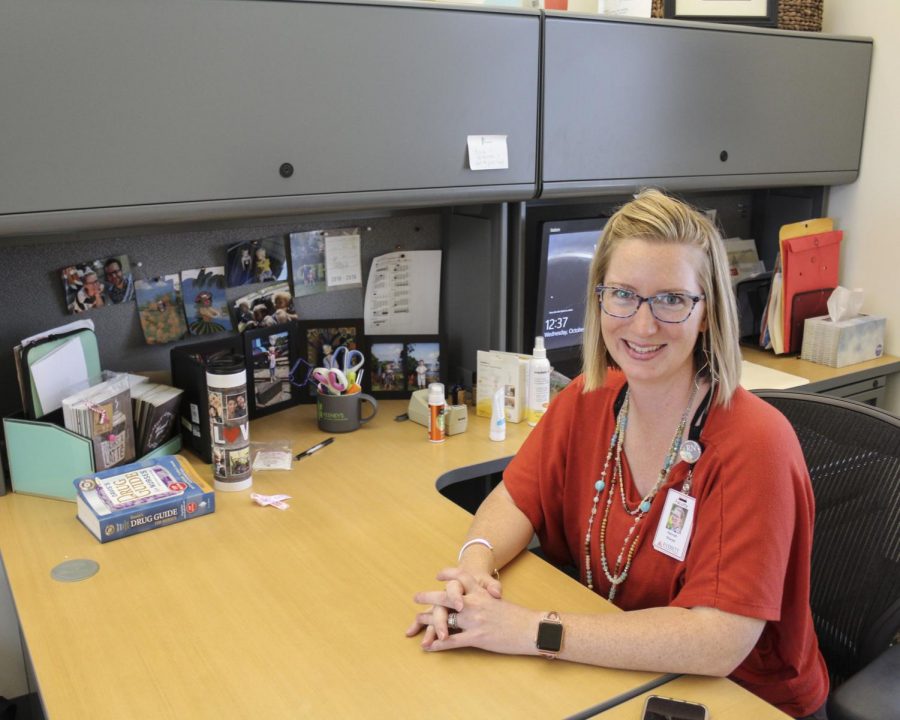 Hannah Sharpe at her desk in her office.

Hannah Sharpe is a working mom of three, an educator and a blogger, among other things.

Her youngest child still wakes her for feedings at night, making sleep more sacred. By 5:30 a.m., her husband has already started his workday as her alarm clock sounds. Getting herself ready first, it will take about three hours and a lot of coffee to manage the morning routine in order to get her oldest to the bus stop on time.

It takes organization and multitasking to handle all the things that come her way. Each day being an instructor in Everett Community College’s (EvCC) nursing program is different. If you were to walk into her office, you’d probably see breast pump supplies among her paperwork and family pictures.

“It’s important to be 100% present where you are at the time,” Sharpe said, as she explained this is hard to do.

Sharpe knew by the time she graduated from EvCC’s nursing program that she wanted to come back and teach. She worked full-time while attending Western Governors University online, to earn a Master of Science in Nursing Education, all while raising children. She is now in her second year as an instructor and has recently returned from maternity leave.

“This is her dream job. She loves to teach,” co-instructor Candance Whedon said. Whedon knows this well, as she was also Sharpe’s instructor at EvCC.

Whedon shared that Sharpe held an officer position while attending the nursing program, acting as a liaison for fellow students.
“She is a good advocate for students and a really good mentor for single moms and parents,” Whedon said.

According to the most recent studies from the 2011 – 2012 academic year, the National Center for Education Statistics reports that about 26% of undergraduate students are also parents with dependent children at home, with 71% of them mothers.

Former student, EmmaLee Bodnar said, “As mothers I feel that society tells us we have to slow down when we have kids, but Hannah is both a great professional and mother.”

Bodnar, a mother of four, was inspired by Sharpe’s perseverance to achieve her goals.
“Being a mom gives me a level of understanding. I can be more understanding of my student’s situations,” Sharpe said.

Sharpe has changed her perspective many times since becoming a mother, now sharing what she has learned on her blog, The Parenting Roller Coaster. She wants parents to know they aren’t alone in their struggles. In her classroom, she is often heard saying, “it’s going to be okay,” a simple phrase all students at EvCC can use at some point in their journey.